A Winter Princess… Finding Love in Getting Experience 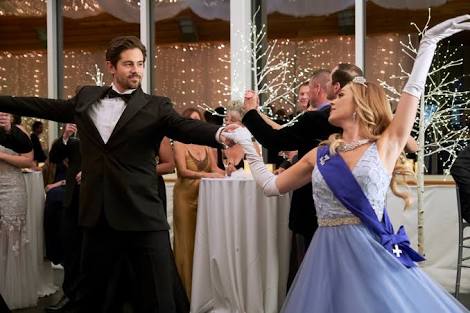 This romantic film shot under a winter season as directed by Kelowna Now tells the story of a Princess who wants to find fulfillment by working outside her kingdom ends up finding love. Dim Oba takes us through a movie review based on family business, travels, relationship and love.

Princess Carly, working in disguise at a ski resort, teams up with the owner’s brother, Jesse, to plan the resort’s 50th anniversary celebration. Carly, a princess, plans Snowden Peak’s Snow Ball with Jesse, their attraction is undeniable. In planning the event, the two make the gala a fundraiser to help infuse much needed resources into the resort.

Set in Big White Ski Resort at Okanagan Highland, Princess Carly is ready to leave for her return home and carry on with the ‘family’ business but her boss takes her by surprise for an exit meeting. She presents Princess Carly the objective section of her CV to read and enquires if that objective is met. Princess Carly preparing for birthday with her twin must leave based on the agreement with her father.

Princess Carly is persuade to stay to meet her objectives since there is a vacancy for her to reach her dream of building a resort that will inspire the community. She reaches out to her father and convinces him for more days to return home to celebrate her birthday with the family sometime she has done in the last one year. The father gives his nod, excited Carly is to organize the event in 10 days and there is no event for it.

Jesse returns from Alens as the CEO of his firm to rejoin his sister in the resort based on her request. Jesse helps Princess Carly with her napkin that slipped in such an unconventional manner as both exchanges pleasantries and leaves. They both meets in Jesse’s sister office, who is the boss of Princess Carly as she announce to them they will be working together on planning the event for the resort in 10 days.

But without a celebrity draw, investors aren’t interested, and Snowden Peak is put up for sale. Will Carly allow her royal identity to be exposed to save the resort?”

This movie is a break from a girl meeting a prince in disguise stories, in ‘A Winter Princess’ the prince is not looking for a girl to love him genuinely but the other way round. But there is something about the few stories where the woman is the princess and remains in disguise. This movie is interesting and a tight script that a family would enjoy.

The location for this film provides the producers, cast and crew nothing but great ideas and experience to leverage upon during the production. The management at Big White Resort and how accommodating they are.

Even though Natalie Hall, had good moments and not so great ones acting, the like other romantic stories is predictable. Even though it was a little too much on the side of family business and relationship, it exposes itself to its audience with too giveaways. The three male royals were even less impressive than Hall acting.

The usual climax had a slightly different spin to it. Explaining it would be a spoiler, so I hope you recognize what I mean when you see it.

Big White Ski Resort is located 35 miles southeast of Kelowna in the southern interior of British Columbia. It’s on Big White Mountain, the highest summit in the Okanagan Highland.

Though, a romantic film, there is less of nude scenes. The ending comes with the kissing of the two love birds but briefly done as they enter a crane to leave the resort. A perfect picture for family viewing and learning lessons on family reunion, business development and the need of partners.