After Six Months In Jail, Orji Kalu returns to the Senate today 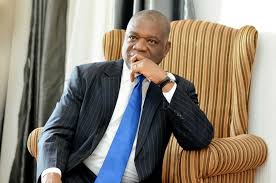 Former Governor of Abia State and Chief Whip of the Senate, Senator Orji Uzor Kalu has returned to the Senate after spending six months in jail on allegations of corruption.

Senator Orji arrived at the National Assembly on Tuesday and is attending plenary.

Speaking to journalists before entering the Senate Chamber, the Senator said he was glad to be back to work and that he needs to hit the ground running to cover up for the loss of time to provide quality representation for his constituents in Abia North.

The former governor has been serving a 12-year sentence.

He was released on June 2, 2020, from the Kuje Correctional Centre in Abuja following an order by the Federal High court.

Senator Kalu, a two-term former governor of Abia State, had urged the court to set aside his conviction on December 5, 2019, by Justice Mohammed Idris.

He explained that this became necessary since the Supreme Court, in its verdict delivered on May 8, 2020, held that Justice Idris gave the judgment without jurisdiction.

He was convicted for embezzling N7.65 billion belonging to the Abia state government.

However, the Supreme Court nullified his conviction and ordered a retrial.