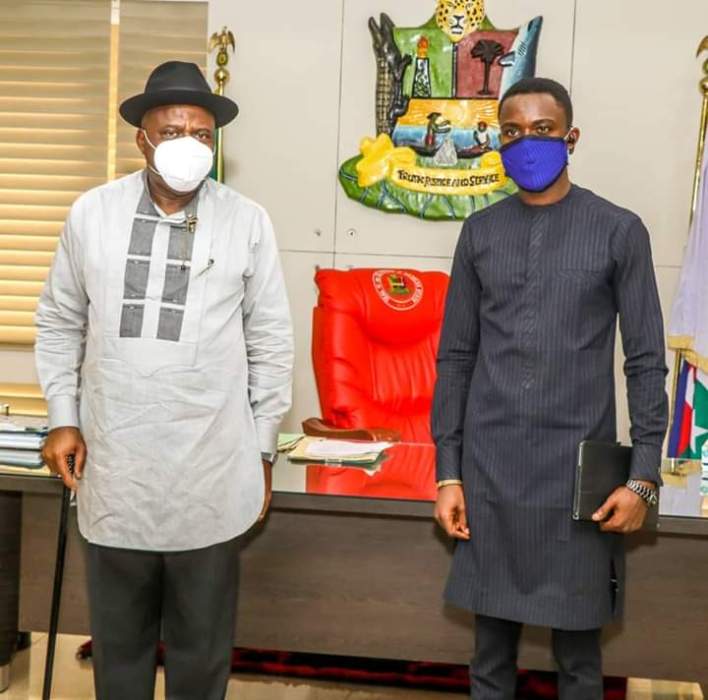 Bayelsa State Government is to work in partnership with an enterprise development outfit, SkillPort Multi-Nation Ecosystem, to empower one thousand interested Bayelsans on small scale businesses.

At a meeting with the group in his office today, Governor Douye Diri, said the empowerment initiative tagged,”Diri Boost” was in line with his prosperity agenda.

Governor Diri, said gone were the days when youths and people generally depended on white collar jobs insisting that creativity and business enterprise had become the order of the day to create job opportunities in the state.

The Governor then directed the Secretary to the State Government, Mr. Konbowei Friday Benson, to lead the government team working with the group while the office of the Director -General, Bayelsa Investment Promotion Agency, BIPA, is to drive the process.

Lead Consultant, SkillPort Multi-Nation Ecosystem, Prince Udo, said his team had delivered similar projects in the three states of Bayelsa, Edo and Akwa Ibom and that such an investment by government would impact many lives within a short period.

According to Prince Udo, “Diri Boost” is an investment package to stir the economic power of the beneficiaries.