Black and Blue… Celebrating the Survival Traits of Black Women 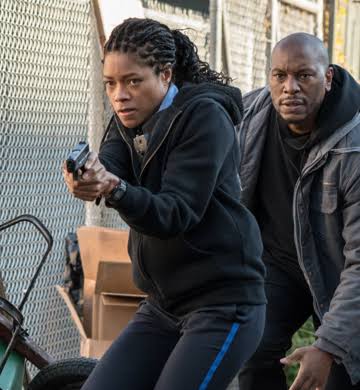 A Screen Gems Inc authored motion picture highlights the ills of racism in America especially how the police, an agency that is suppose to protect citizens becomes the killers and plots for the cover up. Dim Oba takes us through a 2019 film depicting the survival traits of a black woman in a white dominated environment to protect her people.

Plot
The film opens with an harassment of police (blue), Alicia West (Naomie Harris) by her colleagues during her routine work out session within the neighbourhood. A misunderstanding comes up between West (a black American) and gang of blacks at a supermarket. She stands in for a colleague who had a date with his wife.

West meets Brown, her new partner and driver, receiving a phone call from his cell phone, Brown asks her to follow him and abandoned her to fate as she makes efforts to expose the killing of black guy by some of her colleagues.

Review
While the storyline appears simple, the director, Deon Taylor sets his mind to use techniques and advance film production technology and compelling ideas to make his audience to sit tight for about 107 minutes. One of such compelling ideas is the strength of Alicia West. The character is a female rookie police. A woman with a strong determination to burst the bubbles of her colleagues where her male colleagues appear to acting in cowardice.

The Alicia West’s resilience to expose the shady deals of her colleagues is not just for her personal gains but for the upliftment of society irrespective of what colour or where the person is from. People should be respected especially by those who swear to protect them and not get killed by their protectors at the slightest provocation or to cover their tracks. Alicia West is that character on the side of the people even at expense of her life. From her facial expression to her mannerisms on uniform as a blue, she never losses her touch with humanity. Finding her smiles at the right places and time, shows the quality of a good actor Noamie Harris is, as she takes the role of West.

The interpretation of character is an intellectual exercise, its construction leaves the audience in the world of the movie. A director fails when the audience finds it difficult to be emotionally attached to the expression of pain, agony and sorrow of an actor in a given role. But film director, Taylor obviously, took interest in character interpretation despite being an action film.

The drama in Black and Blue makes it a film with clearly defined intent despite categorized as an action thriller. It is not just a show of wit in shooting of guns by the cops but their pyscological disposition when dealing with the black, a dealing of preference amongst colleagues. It shows the deep rooted culture of racism even in combatting crime in an advance societies. A bold statement highlighting the impact of racism is a welcome efforts.

However, I cannot fill the void of time and space. It took a long drive for West and her driver, Brown on the night shift to get to point where Melona killed his victim but took less than two hours to find West in the supermarket. This arises from the fact that we saw Brown drive over a long bridge and a river, to the best of my estimation I should described it as the famous ‘London Bridge’ but finds it disturbing for us not see it but discover West using her foot to get to the Supermarket or was it Kevin that helped her cross the bridge and the director decides to shut us out?

One should I think that such errors should be avoided as efforts to keep the suspense of the film so tight. West is not given any breather but hiding away from her colleagues who wants her neck.

Verdict
Arguably, it will be appropriate to give the director of the movie, Deon Taylor a resounding applause for this great work of art. From acting, cinematic experience and scene design tells the touching story of the black-coloured skin in the universe. The fluidity of Naomie Harris’s strength in her role as Alicia West, a rookie police is exceptional, although I haven’t seen her in another film but she is sure a fantastic actress to watch.

I think you should watch out for more of Naomie Harris. Her tactic and strength to deliver on her role is uncommon.