CONDUCT OF OUR SECURITY AGENTS AT SUCH A TIME LIKE THIS 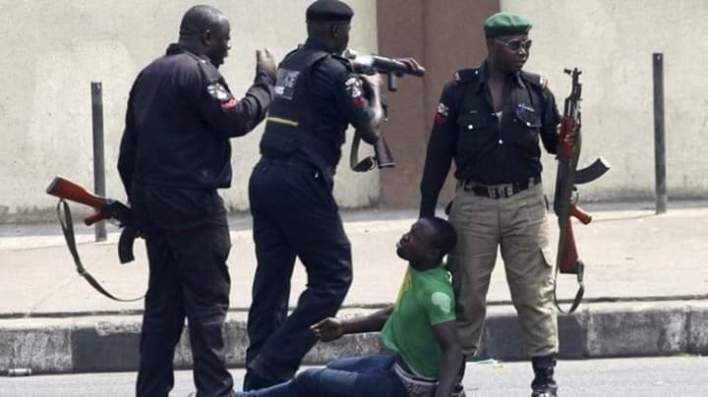 This period of lockdown across the states in an effort to contain the spread of COVID-19 virus has again offered our security forces opportunity to brandish their might on hapless citizens, howbeit unprovoked. In their usual gun-toting and horsewhip-wielding style, they hide under the veneer of enforcing the curfew in the affected states to abuse, assault and sometimes deploy a maximum force on our people using the butt of their guns as if they do not hear the language of civility.

This is as sad as it is condemnable and must not be accepted in a supposedly liberal democracy like ours. This writer has been concerned over the worrisome attitude of Nigeria’s security agents in their dealings with the civil populace in the course of the discharge of their functions. They are not hesitant in invoking iron fist and sometimes go totally haywire in advertising their superiority. Their overzealousness has led to the death of hundreds of our citizens whose blood still cry for justice from great beyond. Still fresh in our memory is the popular Apo six in Abuja, brutal shooting of citizen Kolade Johnson in Lagos, torture and eventual death of citizen Chima Ikwunado in Port Harcourt late last year and several similar recollections that provoke nothing but fury, resentment and antagonism in the minds of our people.

Regrettably, these bad eggs in uniform and state legitimacy still ply their nefarious trade with brazen audacity as if human life is worth less than a sweet wrap. Like the proverbial stubborn fly destined to walk down the grave with a corpse, they learn nothing and refuse to turn any new leaf. No thanks to the institutional and systemic rot in our country that readily provides escape route for nebulously errant security agents to evade justice and recycled back into the society.

When President Muhammadu Buhari announced a lockdown on Abuja, Lagos and Ogun during his first address to the nation on Sunday, March 29, 2020 over the ravaging COVID-19, a move later replicated in various states by the governors, Nigerians were already on the know that the development would present a veritable opportunity for misguided security officers to display their perennial highhandedness and indiscipline against their fellow countrymen. The Lagos governor, Babajide Sanwo-Olu was among notable Nigerians who first raised their voices in appeal to the police, Nigerian Army and others to treat citizens with dignity, respect and civility in enforcing the stay-at-home order. President Buhari also belatedly did same.

Expectedly, these wise counsels fell on the deaf ear. Their minds were made and little can anyone do to appeal to the conscience of these merchants of cruelty whose bones only get stronger on harmless citizens. The killing of citizen Joseph Pesu, a 28-year-old Nigerian by officers of the Nigerian Army at a checkpoint in Delta state last week for allegedly flouting the stay-at-home order of governor Ifeanyi Okowa reflects the fear and apprehension in the minds of our people over this emergency curfew. At a time when millions of our compatriots groan under the weight of starvation in an already hunger-ravaged society, unnecessary show of force by the law enforcement agents will not only provoke anger and counter productivity but a recipe for confrontation. Denying a people the right to scout for daily bread for their families under any circumstance and still deny them things as basic as food and water is not only inhuman, but wicked, callous and ungodly.

A viral video in which some security agents were seen whipping our people like animals, forcing them to swim in drainage system like swine and dragging them on the floor in the streets of Lagos like common criminals, trying to get them stay at home must get those in authority concerned. Nigerians are cool-headed and law abiding. This must not be taken for granted. Suffice to say that the security agents lack the capacity to whip all Nigerians into line if they so choose to flout this curfew order especially in a situation where the government has iniquitously turned a deaf ear to the plights of the people. The vulcanizer, mechanic, fruit seller and other Nigerians engaged in the informal sector who only depend on their daily income to meet their basic needs have been shut out, yet no stimulus package has been provided to cushion the effect of this lockdown. An empty stomach at such a time like this will rather be afraid of dying of starvation than dying from the brute force of state agents and COVID-19.

Irrespective of how commendable the lockdown is at this time in connection with the global life-threatening disease, if the enforcers are not properly oriented on how to handle few defiances, by the time this is over, we will have a more complex challenge to deal with. Not everyone is on a monthly state-paid salary like the Police, Army, NSCDC and the rest. We appreciate the enormous sacrifices they make in protecting all of us. The onus is on the authorities to fish out the bad elements within the security cycle who have continued to attract them negative publicity, including those who go about arresting journalists on their constitutional assignment during this COVID-19.

Lastly, a shut door does not mean a shut tummy. There is a limit to which you can apply force in getting the people to obey. There should be transparency and haste in making whatever palliatives that have been mapped out for the poor and vulnerable in the society reach them. A stitch in time saves nine.