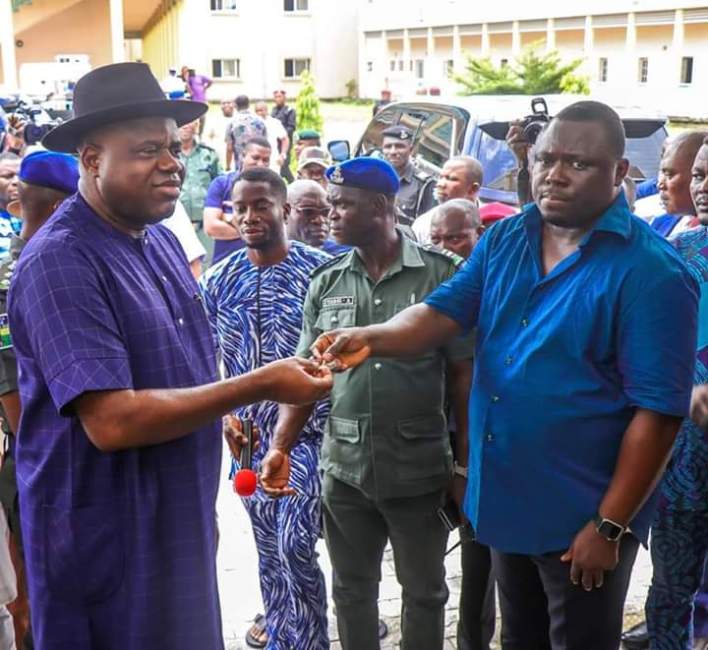 Bayelsa State Governor, Senator Douye Diri, has converted an 80-bed mother and child referral hospital built by Chevron Nigeria Limited and its partners to a temporary isolation centre in the fight against COVID-19.

Senator Diri stated this on Thursday at the official handing over of the facility sited within the premises of the Bayelsa State Medical University to the state government in Yenagoa.

The governor said the conversion is aimed at tackling a more dreadful disease threatening the lives of everyone and not an attempt to deny the people of the state of other health services.

He further stated that with the initial provision of the isolation wards at the Niger Delta University Teaching Hospital at Okolobiri to combat the virus and the new addition, the state was ready to tackle the pandemic in the event of any index case.

He urged citizens resident in Bayelsa to strictly comply with all safety standards issued by the World Health Organisation as well as government directives geared toward preventing the spread of the virus into the state.

To this end, the governor directed the Bayelsa Vigilante and the Bayelsa Volunteers to join the security operatives at the boundary points with Delta and Rivers states in order to reinforce the government’s lockdown directives.

His words: “Yesterday (Wednesday) in our Governors Forum meeting, we agreed to enforce and reinforce the lockdown of movement between states. Therefore, interstate movement is restricted in and out of the state.

“Nobody comes into and nobody goes out of Bayelsa for the next two weeks. I therefore direct security agencies to enforce this directive just as I again appeal to our citizens to obey and respect the directive.”

Diri expressed optimism that with the cooperation of everyone, the virus had no place in Bayelsa coupled with the round-the-clock effort of the State Taskforce on COVID-19.

The governor on behalf of people of the state expressed satisfaction with the quality of equipment in the facility donated by Chevron and its partners, noting that it was a worthy example of good corporate social responsibility.

Speaking earlier, the project contractor and Managing Director of McMatty Nigeria Limited, Mr. Mathew Sele-Epri, said in line with the WHO objective in reducing mother and child mortality, Chevron decided to build the health facility across the country.