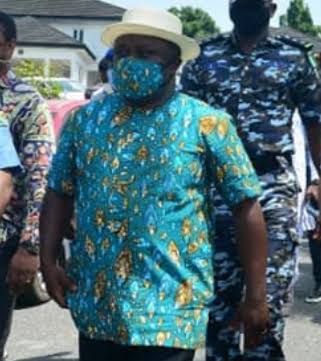 The Cross River State chapter of the Nigerian Medical Association (NMA) has accused the state government of deceit in the way it is handling coronavirus (COVID-19) cases in the state.

Speaking during his appearance on Channels Television’s Sunrise Daily, the State NMA Chairman, Dr Agam Ayuk, decried that the Nigeria Centre for Disease Control (NCDC) has yet to update the situation in Cross River in its report on the outbreak of the disease in the country.

He, however, blamed the government for the action of the health agency, stressing that five COVID-19 cases involving two doctors had been confirmed at the University of Calabar Teaching Hospital (UCTH).

“We have said that the NCDC has not updated the five cases that were confirmed from an NCDC-accredited laboratory in Abakaliki (Ebonyi State) in their situation report.

“That result was really as far back as July 1 and it was transmitted to the hospital (UCTH) as at July 1 and I think the Commissioner for Health and His Excellency, the Governor of Cross River State, were given those results on the 2nd,” the NMA chairman explained.

He said, “As we speak, that has not reflected on the NCDC platform and from what we are being told, the state government has refused to assign state code epidemiology numbers to those samples that have been analysed and the result sent and because of that, they cannot update those results on the NCDC platform.

“For us, we think that it is still part of the deceit in ensuring that the right things are not done.”

According to Ayuk, the purported action of the government is delaying other processes such as contact tracing of confirmed cases and activation of an isolation centre in the state.

He said the NCDC noticed that there was a problem and declared UCTH as an independent test centre.

Politics And Health
The medical practitioner noted that the health agency sent in sample collection kits on June 28 and the first set of samples from five patients, including two doctors, were sent the next day.

He revealed that of the five infected persons, two patients were already on admission at the UCTH isolation centre, one was billed for ENT surgery, and two medical doctors already had respiratory symptoms.

Ayuk stated that he spoke with the doctors who said they have yet to be contacted for contact tracing, stressing that patients were being turned back and dying in their homes.

He lamented that a lot of doctors have gone into self-isolation because the state government has allegedly suppressed testing for COVID-19.

“For us as an association, we remain committed to the welfare of our members and the public and health uses should be taken seriously and politics should not be played with the health of the people,” the NMA Chairman said.

Although he commended the effort on primary prevention of COVID-19 cases, Ayuk faulted the government for failing to move to the second stage which has to do with early testing of suspected cases.

Due Process Not Followed
In a swift reaction, the Commissioner for Health in Cross River, Dr Betta Edu, denied the allegations and faulted the decision of the doctors to embark on an indefinite strike.

Edu, who was also a guest on Sunrise Daily, claimed that the NMA has decided to put the lives of residents at risk because of upload of COVID-19 test results.

She insisted that the state government was not aware of the status of the infected patients, stressing that they were not carried along in the verification process of the samples collected.

The commissioner said, “We were not informed about any of these; they said they were an independent centre and they went ahead to send samples which we do not know if they sent, they claimed the samples were sent to Ebonyi State and that they got results back from Ebonyi State.”

She also explained that there were written public health procedures and responses that should be followed for a sample to be verified and moved from one point to the other.

Edu listed these to include identification of the suspected patient, taking note of the history of such person, and sending the sample collected in a perfect condition to the laboratory, should the patient meet the criteria for testing.

“These are the normal public health response and procedures anywhere in the world; so, I don’t know why they would not want to go through the procedures and then you declare a strike in the name of ‘they did not upload your results’; is that the reason to kill people in their numbers?” she questioned.

The commissioner added, “Up until this minute, no information was given to us except for the call by the UCTH Chief Medical Director (CMD) to myself who said that five samples that they sent returned positive.

“We were transferred, the names of five people without phone numbers or contact information for verification and to commence contact tracing.”