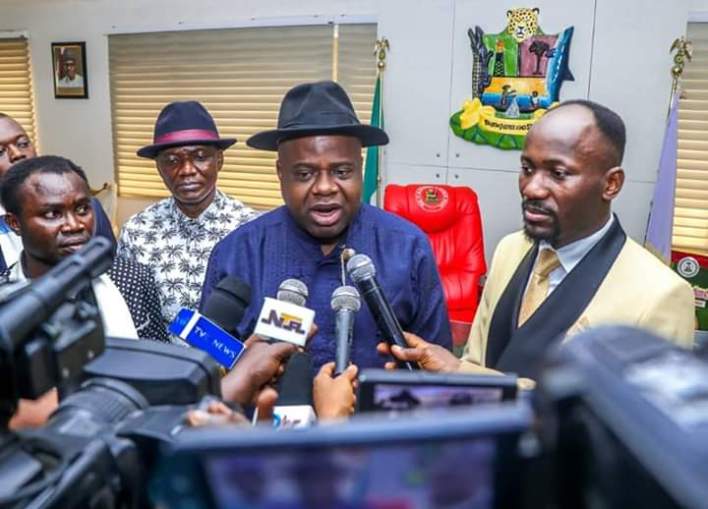 General Overseer of Omega Fire Ministry, Apostle Johnson Suleman, has described the emergence of Senator Douye Diri as governor of Bayelsa as the beginning of a new dawn for the state.

Apostle Suleman stated this on Monday during a courtesy visit to the governor at the Government House, Yenagoa.

A statement by the governor’s Acting Chief Press Secretary, Mr Daniel Alabrah, quoted the cleric as describing Diri as the best profound leader and a divine gift to the people of the state.

He added that he had since been praying for the governor against conspiracy and gang up by mischief makers, maintaining that it is only prayers that can sustain whatever has been entrusted with by God.

“I want to tell the people of the state that it is a new dawn for them. I pray that God will give the governor ideas and plant around him the right people that will help in bringing peace and development to the state,” he said.

Suleman likened the governor to the biblical David, especially his constant and public show of gratitude and trust in God, noting that his heart of gratitude is a proof that God will stand by him.

He prayed that God would give him ideas and support him with the right people that would not sabotage the opportunity that God has given to him.

In a brief remark, Governor Diri described Apostle Suleman as God’s general and prayed that God will continue to uphold him while thanking the man of God for his fervent prayers for the government and the state as a whole.

The governor urged him not to relent in his prayers for the state, stressing that Bayelsa needs his prayers at this time than ever before. 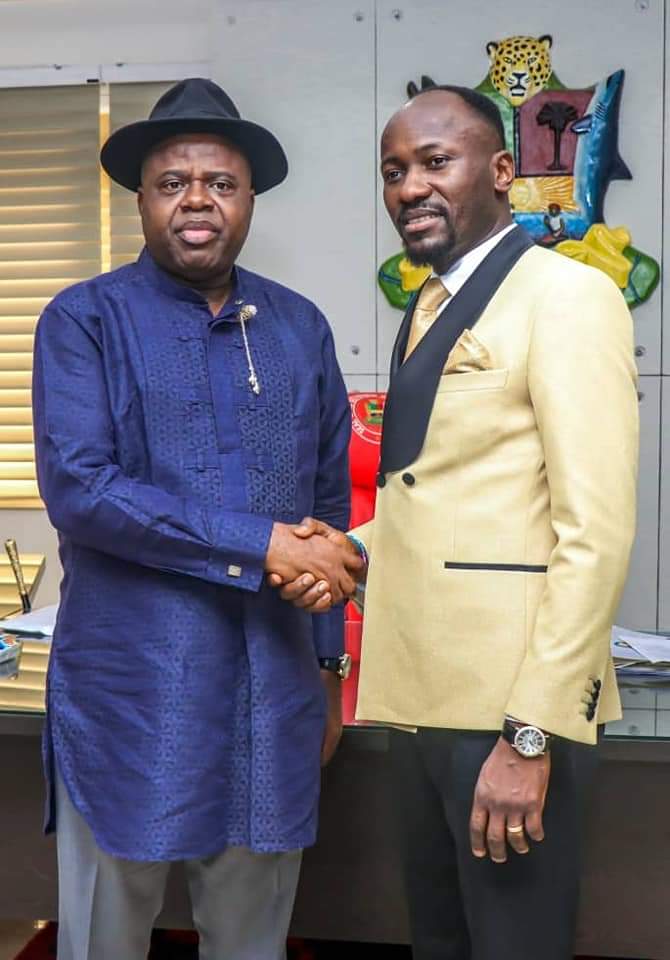