Emulate the Sterling Qualities of Abba Kyari, he is a Hero, Says Dr. Yusuf JS 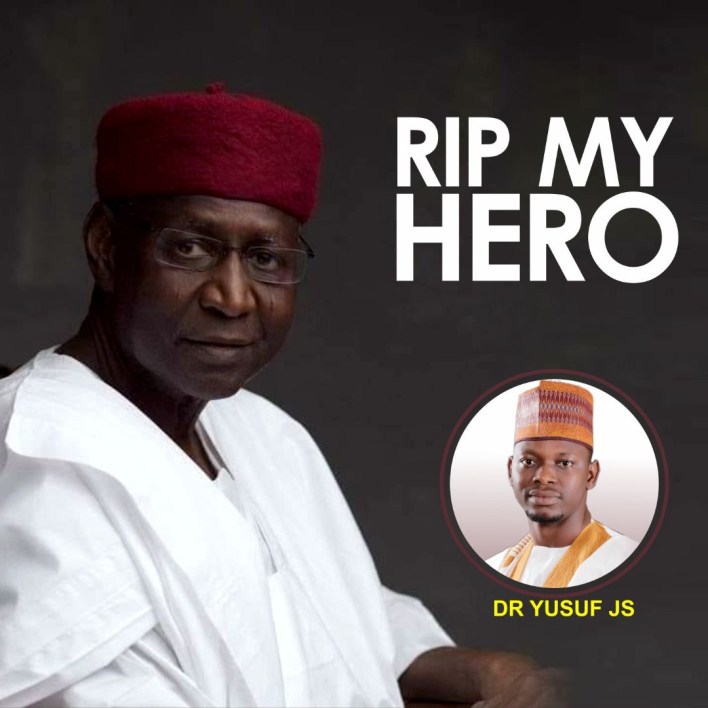 Dr. Yusuf JS, the Senior Pastor of Touch for Recovery Outreach International, TROI, Abuja as enjoined youths and leaders in the country to emulate the sterling qualities of President Muhammadu Buhari’s Chief of Chief, Late Abba Kyari saying is a hero and an exemplary character worthy of emulation in the history of Nigeria.

In a statement released on his Facebook page, the revered clergyman, Dr. Yusuf said, the late Abba Kyari who dead at the 80 was still occupying a very sensitive position in the nation’s seat of power where he co-ordinates the activities of all the government ministries, department and agencies with brevity and excellency administrative acumen.

According to Dr. Yusuf, this is not a time to speak ill of the dead but for sober reflection to reflect on the lifestyle of this great Nigerian who has gone to the great beyond saying it is a great lost and a huge challenge to find such a great personality with such a tremendous administrative strength and alertness at his age in Nigeria.

He said, “The man is intelligent, just a chief of staff to the President, who is not a member of the cabinet but holds the nation ransom, and manages the affairs, the way he wants any given time. A man that was never elected, as the president, not a governor, yet, is in control of the nation’s affairs.

“At his demise, everybody in the country is talking about him either good or bad; I will describe him as a hero. He died as a fulfilled man despite the controversies surrounding his demise in such a time as this,” Dr. Yusuf said.

The founder of the Dr. Yusuf JS Foundation took a swipe at social media commentators that it is irresponsibility and lack of objectivity that have beclouded the minds of such commentators who will not see the positive contributions and mastery of administrative prowess of late Abba Kyari than to talk ill of him now that he is dead.

“Anybody can say anything, Abba Kyari is a hero for everybody in the Aso Rock, including ministers, governors and who-is-who in this country cannot see Mr. President except through him, you will think, he has nothing to offer?