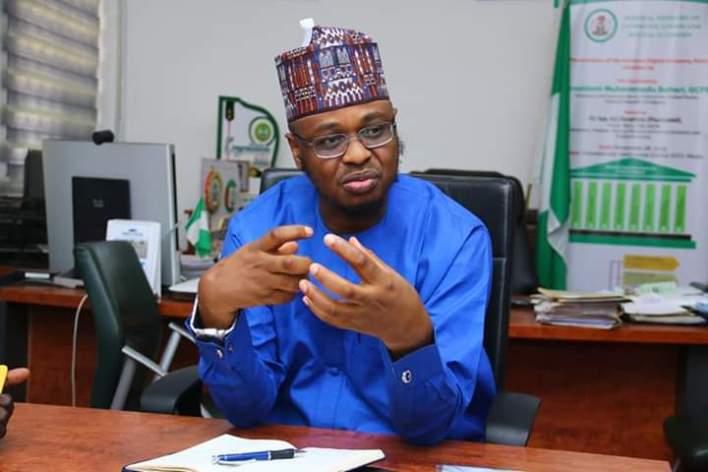 With a well planned and executed digital strategy, a state like Gombe can benefit from outsourcing. Part of the digital economy strategy is to produce potential employers and not potential employees, the Honourable Minister of Communications and Digital Economy, Dr Isa Ali Ibrahim FNCS, FBCS, FIIM has said.

The Honourable Minister made this assertion today when he received a delegation from Gombe State led by the Commissioner, Ministry of Science, Technology and Innovation, Dr Aisha Maigari who paid a courtesy visit to the Ministry’s Corporate Headquarters, Abuja.

The delegation from Gombe was at the Ministry to officially thank the Honourable Minister, Dr Pantami for putting up a comprehensive recommendation in the capacity as chairman, transition committee on ICT which has been a guide to the state and also convey the Governor’s approval to honour NEC resolution on the fixed charges on Right of Way.

The forward-thinking and progressive Minister stated that with a good digital economy strategy, a state like Gombe could immensely improve its Internally Generated Revenue (IGR).

Dr Pantami further called on proactiveness in the area of emerging technologies, stressing that in the next few years, the state could start exporting Digital Skills to other African Countries.