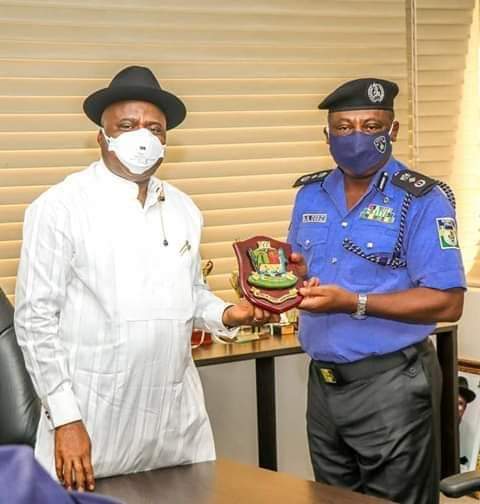 Bayelsa State Governor, Senator Douye Diri, on Wednesday, emphasised that building mutual trust between the Nigeria Police and the general public is fundamental to effective community policing in the country.

His Acting Chief Press Secretary, Mr. Daniel Alabrah, quoted the governor as commending the Inspector General of Police, Mohammed Adamu, for introducing the community policing initiative, describing it as critical in engendering peace, stability and development across communities.

His words: “The foundation of trust will allow the police form closer relationship with the community that will produce solid achievements. Without trust between the police, the citizens and communities, effective policing is practically impossible.”

Senator Diri, who stressed that eliciting public support is vital to crime prevention, called on the police to respect community principles.

“The government and people of Bayelsa State are happy with IGP Mohammed Adamu for bringing policing to the doorsteps of the people in the various communities and local government areas.

“I challenge the Nigeria Police Force to henceforth build that reputation to earn the confidence of the public. They should use force only as the last resort.”

In his remarks, the Inspector General of Police described community policing as a worthy innovation to enable the community take ownership of maintaining law and order.

Represented by the Deputy Inspector General of Police in charge of Force Intelligence and Investigation Department, Michael Ogbizi, the IG said community policing strategy would be adopted in every state of the federation, adding that the new approach to policing would be more transparent and accountable.

In his opening remarks, Bayelsa State Commissioner of Police, Mr. Nkereuwem Akpan, said due to the need for improved security across the country, the Inspector General of Police directed all state commands to commence community policing to ensure zero tolerance for crime.

Mr. Akpan emphasised that for robust security to be achieved, the citizenry must be carried along with round-the-clock information from the neighborhood to the force, which, according to him, was the overall goal of community policing.

They noted that any security apparatus that does not involve people at the grassroots might not achieve its purpose and thanked the police boss for his desire to address the clamour for state policing.

Also speaking, the chairman of Southern Ijaw Local Government Council, who is also state chairman of the Association of Local Governments in Nigeria ALGON), Chief Kia Nigeria, pledged the support of the council chairmen to the Community Policing Committee and thanked Governor Diri for taking the security of the state a step further.

Responding on behalf of the committees, the Commander, Operation Delta Safe, Rear Admiral Akinjide Akirinade, expressed appreciation to the governor and the IG for the opportunity to serve towards bringing lasting peace to the state.

The State Community Policing Advisory Committee has Governor Diri as chairman while the Commissioner of Police, Nkereuwem Akpan, and His Royal Majesty, King Alfred Diete-Spiff, are co-chairmen.

Others include heads of security agencies and leadership of the Christian and Muslim groups in the state as well as representatives of the three senatorial districts.