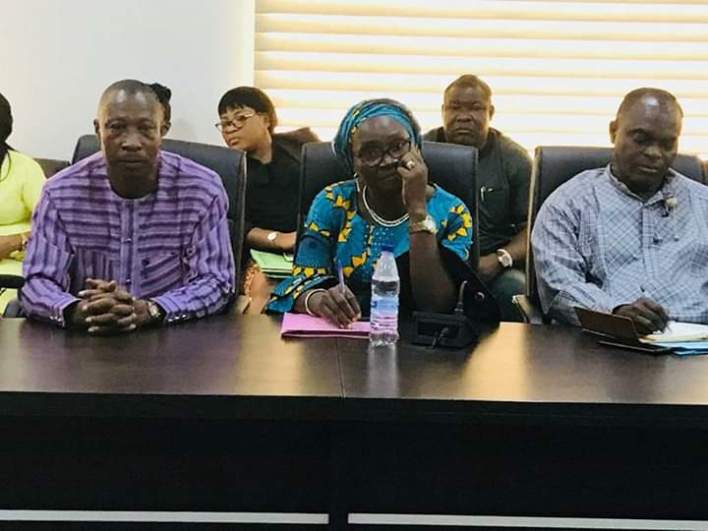 Bayelsa State Governor, Senator Douye Diri wants Permanent Secretaries in the state civil service to collaborate with his administration in the implemention of government’s policies and programmes.

Governor Diri, who made the call, on Wednesday during a meeting with Permanent Secretaries at Government House, Yenagoa, described the civil service as the engine room of the government.

A press statement by the Head of Press, Government House, Yenagoa, Mr. Ebi Avi, quotes the Governor as saying that, Permanent Secretaries as heads of the various Ministries, Departments and Agencies were an integral part of government, as they could determine the success or failure of any administration.

Diri congratulated them for the pivotal role they played in the last administration by keeping the civil service alive and ensuring that the state moves in the direction of development and progress.

The Governor noted that, even though, he is just five days old as the Chief Executive of the state, he found it expedient to meet with them to seek ways of collaboration between the Government and the service, as well as solicit the support and understanding of the Permanent Secretaries and civil servants in the state.

He pointed out that, even as civil servants are expected to be apolitical, if a government fails to deliver on its promises to the people, they would not be exonorated.

“I congratulate you for been there for the past administration, keeping the civil service alive and ensuring that our state is running in the direction of development and progress that we all have craved for. There is no doubt in my mind that if any government fails, you will not be exonerated, even though we know that one of the rules of the civil service is that you’re anonymous”

Senator Diri also enjoined them to partner with government by giving their best, while assuring that the state government under his leadership would provide the enabling environment for the workforce to thrive.