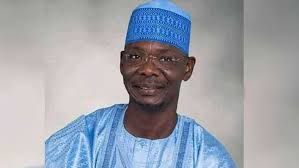 Nasarawa State Governor, Abdullahi Sule, has relieved Mr Ahmed Tijjani of his appointment as the Secretary to the State Government (SSG).

The Permanent Secretary of the Government House Administration, Hamza Gayam, announced this in a statement on Monday.

According to the statement, Governor Sule asked Tijjani to hand over all the government properties in his possession to the Permanent Secretary (Cabinet Affairs and Special Duty) in the office of the SSG with immediate effect.

This followed Tijjani’s indictment by the Nasarawa State House of Assembly for alleged misappropriation of over N200 million.

The money was said to be part of the N1 billion approved for the renovation and fencing of government secondary schools in the state.

The former SSG was alleged to have committed the offence when he served as the Commissioner for Education during the previous administration.

Read the statement below: 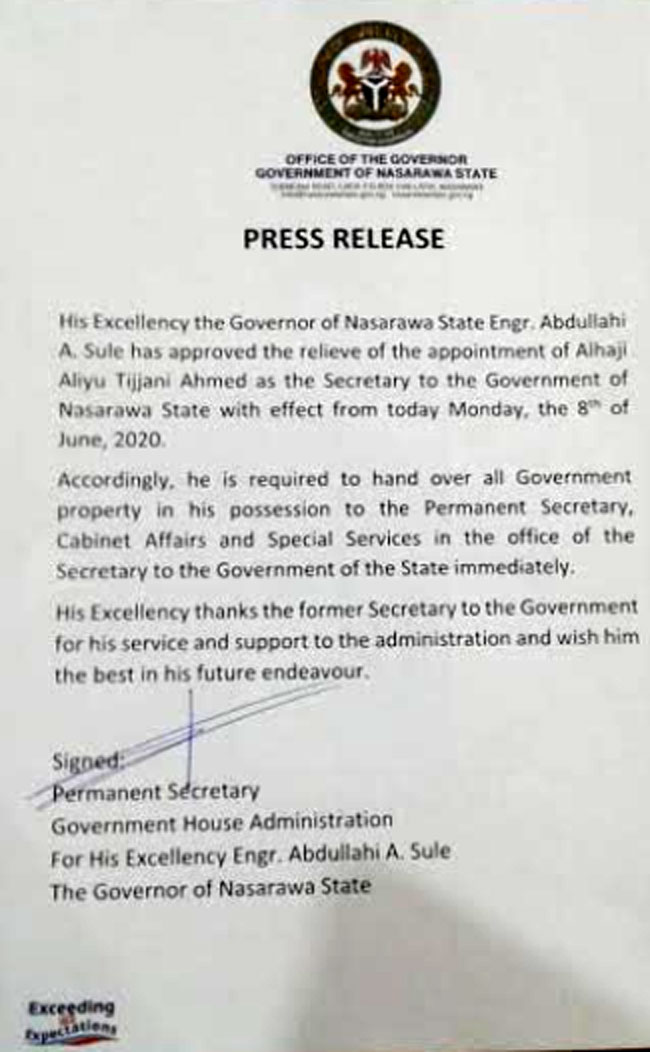