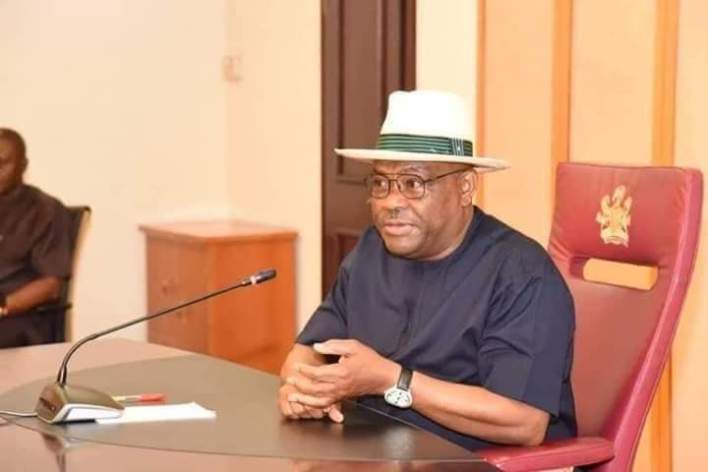 Rivers State Governor, Nyesom Ezenwo Wike has called for the unity of all Niger Delta Ethnic Nationalities to promote the development of the region.

Speaking during a Courtesy Visit by leaders of the Niger Delta at the Government House Port Harcourt, Governor Wike said unless the people speak with one voice, they will continue to lose out.

He said: “We must speak with one voice irrespective of the political party that we belong. The time has come for us to work together.

“If we don’t work together, we will continue to lose out.’

The Governor said that the song for all ethnic nationalities should be the promotion of the development of the Niger Delta.

“Let’s not restrict our struggle to any particular ethnic Nationality. ”

Governor Wike said that the problem of the Niger Delta is because the people sing in discordant tunes.

The Governor said that the Amnesty for Niger Delta was mismanaged. He decried the situation where the Former Special Adviser on Amnesty was detailed to remove him from office as Governor of Rivers State.

He said after the Special Adviser on Amnesty was removed, he cannot ask for his reappointment because he used his position to kill Rivers people during the elections.

The Governor regretted that the Niger Delta Development Commission ( NDDC) has been negatively manipulated to deny the people of the region key projects.

He said: “It is unfortunate that the NDDC cannot deliver on regional projects. There are no interstate roads and NDDC has not done any major project.

“Instead, the NDDC is engaged in micro projects to promote political interests.”

Governor Wike stated that he is ready to host the conference of ethnic nationalities in Port Harcourt, but after due consultation with the five other South-South governors.

He commended the Delta State Governor for providing the right leadership for the South-South to enhance development of the region.

Earlier, Member of the Rivers State House of Assembly, Rt Hon Smart Adoki said that the Niger Delta leaders were at the Government House to thank Governor Wike for providing leadership for the region.

He urged the Rivers State Governor to work for the restoration of the Presidential Amnesty Programme to faithfully serve the region.

In his remarks, leader of the delegation, Elder T.K. Ogorimagba urged the Rivers State Governor to serve as the number one advocate for the development of the South-South.

He said that the Amnesty Programme is a security programme, which should be limited to only South-South.

He urged the Rivers State Governor to host the Conference of Ethnic Nationalities of the South-South to promote the development of the area.

He declared Governor Wike as’! the Advocate of the Region.”