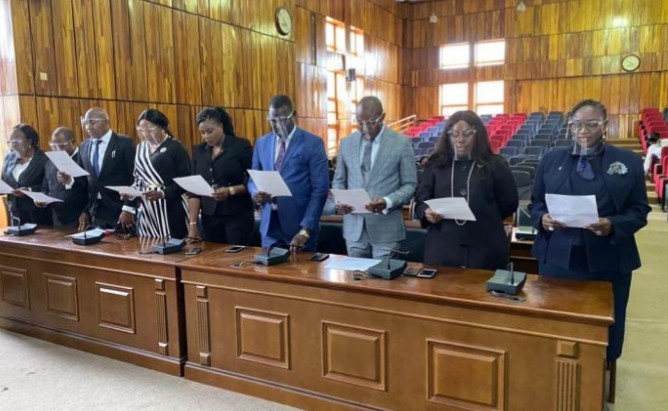 Hauwa Shekarau has been sworn as the first female lawyer to lead the Nigerian Bar Association, Abuja branch otherwise known as the Unity Bar, today, in the nation’s capital.

The swearing-in ceremony was performed by the Honourable Chief Justice of the Federal Capital Territory, Justice Ishaq Bello, who stated that he will give the newly elected executive of the Nigerian Bar Association (NBA), Abuja Branch (Unity Bar) led by Ms. Hauwa Shekarau, his maximum support.

At the official inauguration of the Unity Bar’s EXCO which took place at about 3.30pm today, the 18th of June, 2020 at the Ceremonial Court of the FCT High Court, Justice Bello who administered the oath of office to the executives stated that “…the Bar and Bench must work together to achieve success.”

It would be recalled that the Unity Bar, at elections held on the 11th of June, 2020 voted members of its Executive Committee saddled with the responsibility of running the affairs of the branch for the next two years. 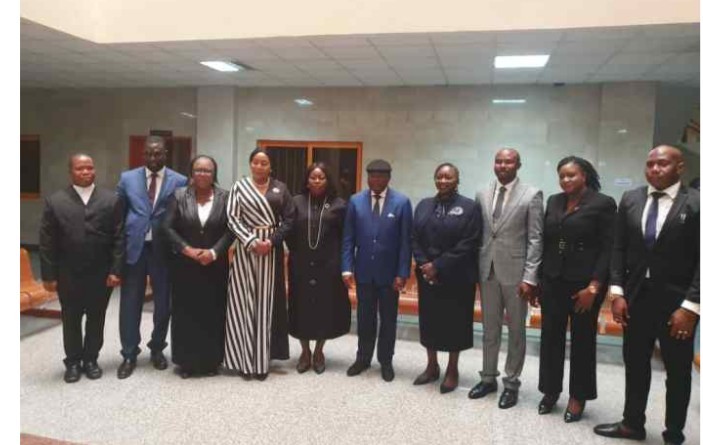