Now that the dust generated by the Eviction has settled, the BB Naija Housemates can get back to their normal lives.

The Eviction, as usual, left the Housemates shocked as it claimed one of their most vocal Housemates. Shocked as they were though, most of them had a hand in it and now that they were over it, they were able to get back to live in the House, but not everyone moved on that first. Some still nursed fears.

Rattled by the Votes

Watching the bottom four Housemates realise that their fate in the House depended on how the other Housemates Voted made Prince put a lot of things in perspective. He concluded that he might not get a favourable outcome if he ever was in that position. While discussing with Tolanibaj he said, “If at any point I come up in the bottom four, I am going to leave.” Stating his reason why; he said he knew some Housemates didn’t like him and even the ones that liked him would still want to see him leave because they consider him competition in the House. Prince revealed he won’t hold it against them because he would understand where they were coming from. He just didn’t want it to get to the point where the Housemates had to decide if he stayed in the House or not. 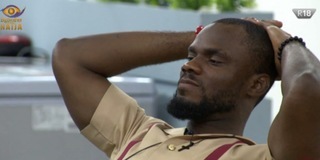 Wathoni, Dorathy and Brighto triangle drama doesn’t look like it is ending anytime soon and might get messier. Wathoni shared with Tolanibaj and Vee that she suspects Dorathy probably wanted her out of the House.

“I am sure some of you don’t want me to be in your faces but my dear, I am going to be in your face,” she said gleefully. She went further to explain that Dorathy kept insisting that she doesn’t want a triangle but she keeps acting up. Tolanibaj replied that it shouldn’t bother her since they were never close in the first place and that she owed Dorathy nothing. Vee echoed her and urged Wathoni to enjoy the cruise. 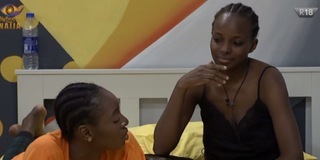 Wathoni who was already on Brighto’s bed looked poised to enjoy the cruise already.

After Ebuka revealed the advice Vee gave Laycon concerning Erica, it seemed as if a silent war was building up between them but Kiddwaya urged her to try to get along with Vee. “It’s not worth it,” he said. He wasn’t sure if Vee’s advice came from a place of maliciousness to make Erica feel bad. 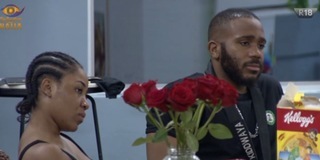 As the Housemates take on a new week, we eagerly await the antics they will be up to, and how the dynamics will change, especially after the revelations during the Live Eviction Show.