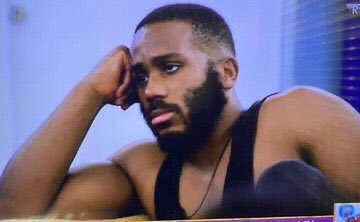 Kiddwaya, is he confused?

Kiddwaya ‘Caught in the Middle’, Wathoni is pushing harder for him #BBNaija

Housemate Kiddwaya is caught in the middle after last night’s dare or truth game in Big Brother Naija Season Five.

During the game, Wathoni was asked to choose any male housemate to peep her underwear.

Without hesitation, Wathoni announced to the housemates, ‘the person already know himself’, she looked at Kiddwaya’s direction and beckon on him.

Kiddwaya stood up and followed her to peep her underwear and reported back to the house. Thereafter, he was asked to kiss a female housemate he would like to date.

He left her and walked to Erica who was ready expecting without winking her eyes she kissed for 30 seconds.

Now here is what twitter users are saying about Kiddwaya and his women in Big Brother Naija Season Five.

If they’re Grading people for flirting you can’t Grade this Guy he’s the Lecturer 😂and he does it with a straight face… I fear who no Fear Kidd #bbnaijialockdown #kiddwaya pic.twitter.com/OHnknFNvxC

Ebuka: Wathoni, you cried on Monday

Wathoni: I feel defeated. I showed kiddwaya my pant and he went ahead to kiss Erica 😂😂 #bbnaija

Highlight of last night's combo. Another reason to like #kiddwaya. This guy is a real g. He is forming a relationship with Ozo. This guy doesn't like Nengi. Na cruise. #BBNaijialockdown2020 pic.twitter.com/UHWLEyNgPn