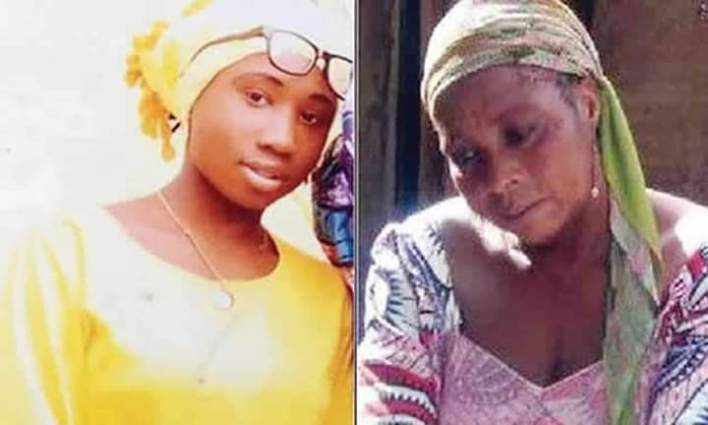 The prolonged incarceration of Leah Sharibu in the den of Islamic State West African Province (ISWAP), a faction of Boko Haram since February 19, 2018 no doubt casts aspersions and raises questions of responsibility on the government whose duty starts and ends with the security and welfare of the people. Of the 110 abductees, Leah Sharibu is the only surviving Dachi, Yobe schoolgirl yet to breathe the air of freedom for refusing to renounce her Christian faith and embrace Islam. Even as the Buhari administration has from onset continued to feast on overbloated ego and self-acclaimed excellence, acting as if its accession in 2015 is a favour rather than service to the people, the entire essence of good governance since beginning of the year seem to have been totally subsumed by conversation on the novel coronavirus.

While this is understandable considering the harvest of deaths recorded across the globe since the disease struck, which runs in hundreds of thousands, leaving the big brother nations visibly shaky and trembling, relegating the business of leadership to the backseat in a country like Nigeria with prewired variegated societal challenges at such a time could be catastrophic. Incidentally, May 14 this year which marked the seventeenth birthday of Leah, the third since her abduction did not come without a plea from her troubled and heartbroken mother, Rebecca Sharibu, “all that matters now is the safe arrival of my precious Leah” she said.

The agony of searching for one’s pet without a clue on its whereabouts could be troubling. A livestock keeper regales in restlessness and unease when frantic efforts to recover a missing animal yield no result. Who can quantify madam Rebecca’s agony when on daily basis she continues to feed on awry tales about her daughter, her beloved treasure who gradually is nearing age of maturity? How would she cope with the trauma of uncertainty that on daily basis becloud her daughter’s life in a land surrounded by gun-toting and blood-thirsty terrorists?

Like the biblical Rachel, she wets her pillow with fiery tears of misery day and night, refusing to be consoled. Each day of the last two and half years brings a new wave of gloom, depression and sadness, with no scintilla of idea when the end will come. As a devout Christian, her only companion is prayer and hope, believing that a day will come when God’s grace will prevail and the government move from promises to action and reunite her with her daughter.

Interestingly, with stories flying around about the motherhood status of the teenage Leah Sharibu, her lovely mother Rebecca has accepted her fate, ready to receive her even in the most fragile condition. Frustrated and depressed, she is willing to walk the route of accepting Boko Haram members as inlaws only if they let go of her daughter and end her years of darkness. “You may call him an outlaw, but to me, her husband will be my son. I will take and treat him as an inlaw” says the distraught Rebecca in a recent interaction with newsmen.

Instructively, in a society where the sensitiveness of religion has continually widened the lines of sentiment among us, Leah’s incarceration has attracted variety of interpretations, including those who believe that she has been abandoned to her fate on the account of her faith. The umbrella body of Christians in the country, Christian Association of Nigeria (CAN) has grabbed every opportunity with two hands to slam the government, accusing it of insensitivity and lackluster attitude towards securing the release of one of their own. It is difficult to successfully extricate CAN’s stand from the reality on ground especially at a time when the authorities pontificate to have “tactically” won the war against terror while hundreds of our patriots grasp for the air of freedom from the fangs of the insurgents.

At a time like this, no amount of sugar-coated promises and presidential telephone conversation is enough to douse the emotional torture of the Sharibus. Their loss of confidence is birthed by chains of unfulfilled assurances of the government to rescue their daughter. The news of close contact and constant communication between federal authorities and Leah’s abductors is senseless to the family if such does not translate to their daughter’s freedom. Two years and counting is tortuously agonising long a time for government’s promises to move from being fulfilled in the breach to bond.

Sadly, sister Leah is just a reference point to legion of others who are in one form of slavery or the other across the country. On daily basis, our people are being abducted for criminal intents including ransom payment, sexual exploitation, forced labour and others. Gratifyingly, the recent conviction of Yinusa Dahiru to 26 years imprisonment by Justice Jane Inyang of Federal High Court Yenagoa for abducting and forcefully converting Bayelsa teenager, Ese Oruru to Islam in 2015 sends a message to all those in the business taking people against their wish for nefarious and reprehensible purposes that it will no more be business as usual. This also is a bitter reminder of how much unfairly our society has treated the girl child and indeed the boy child. Some politically exposed individuals who have committed more heinous crimes against our innocent young girls including those who are ready to have them at tender 13 still walk the streets as VIPs. The arm of the law is usually shorter to catch up with such individuals on the account of the influence they wield. Who is not concerned about the way and manner almajiri children are being exported from one state to another like tubers of yam by those who use them to fester their political nests during electioneering periods?

The massive support and solidarity shown to the family of Nathan Sharibu from across the world and Nigeria particularly is heart-warming. The saying that injustice to one is injustice to all has manifestly come to fore in the case of our sister, Leah. As it stands, she is not seen in the narrow prism of her biological parenthood of Nathan and Rebecca Sharibu but a daughter, sister and friend of all those who are united in the common front of demand for her freedom.

The government cannot continue in this game of “I have rescued more girls than previous administration”. It is vexatious and provocative. If there was no problem on ground, Nigerians wouldn’t have demanded for a change of government. Buhari cannot afford to fritter the goodwill that ushered him to power with failure to make insurgency a thing of the past in Nigeria. Motivation of the troops, modern military hardware and leadership are the heart of winning the war. Any effort committed to this and indeed freedom of Leah Sharibu and other captives including the remnant of Chibok schoolgirls will not be a waste. Until then, the onus still rests on the government to ensure the security of citizens even in the midst of COVID-19 pandemic.

Enemanna is an Abuja-based journalist and editor ABN TV