Lucy came out tops after a very intense Head of House Challenge and immediately called for a more disciplined House.

It was Lucy who snatched the Head of House (HoH) seat from Nengi after coming out on top at a very intense HoH Challenge. And after naming Prince as her deputy she immediately went on to impose discipline in the House. 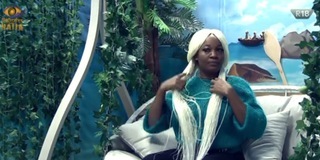 Her first call as HoH was for cleanliness, especially in the bathroom. “Let’s join hands and clean the House. You clean today it will be easier the next day.”

She also asked her fellow Housemates to divvy up the cooking and cleaning duties. “Just contribute in some way. It will work faster.”

Few were not happy, but most applauded Lucy’s ideas. Let’s see if the Housemates will adhere to her demands over the next week.

As Head of House, Lucy gains immunity from the week’s eviction and exclusive access to the Head of House Lounge for the week, which she will have to share with her deputy, Prince. 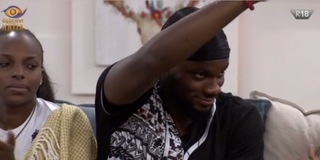 It came as a surprise that Lucy chose Prince as her deputy Head of House despite her telling Biggie that she was reluctant to choose a man. What is her game plan, exactly?