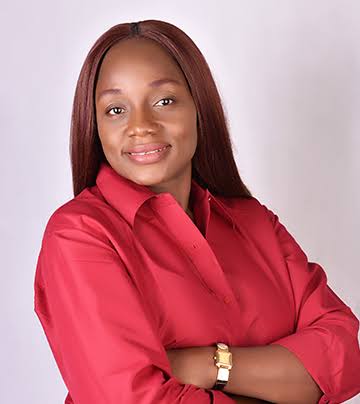 This week, Ebizimo Freeman writes on the achievements of Dr. Maria Teibowei, an under-40 pioneer PRO of the newly established medical university in Bayelsa

In the Niger Delta region, many women are perceived to be dependent on men to assert their value and identity; but there are young women who had gone against all odds to succeed and make a good name for themselves.

One of such women is Dr. (Mrs) Marie Therese Teibowei, the pioneer Public Relations Officer of the Bayelsa Medical University, BMU. She is a young dynamic woman, less than forty years who has carved a niche for herself locally and internationally through her educational achievements, skills and most importantly, her willingness to work hard in developing her mental capacity.

Dr. Teibowei is not just holding the position as PRO but have recorded many achievements through a deliberate willpower to make success out of opportunities she comes across.

The pioneer BMU PRO is a PHD holder in International Relations and French. She has a Masters degree in Translations and interpretation, a holder of double honours degree in Mass communications and Gender Studies. She is an expert in foreign languages, having learnt and can speak three international languages of French, Spanish and Chinese.

She is the founder of the Annual Niger Delta French competition for schools in Bayelsa state which she has held for several years. She is also the founder and director of the Pioneer and only Institute of Foreign Languages and Biomedical Translations(IFL-BT), an institution under the Bayelsa Medical University.

Prior to being a PRO, she has been a lecturer, translator, media personnel, senior news edition hand French consultant with the French Embassy. She is a member of several national and international bodies such as the Nigerian Institute of Public Relations, NIPR, a Chartered Mediator of the Nigerian Institute of Mediators and Conciliators, NIMC, a member of the Association Nigerian Authors ANA, a writer and publisher of books. she has presented papers at International Conferences.

She represented Bayelsa State at the United Nations General Assembly, UNGA, New York, USA where she presented a paper on Behalf of the Vice Chancellor title: ” tackling the upsurge of cancers: a case for the Niger Delta” in September 2019.

She adequately maximized her wealth of experience to reposition the recently established Bayelsa Medical University nationally and internationally by enlisting the BMU as one of the UN Ecosoc Universities and the Association of West African Universities.

As the PRO, she ensured that the university became known in all the eight local government areas of the state as well as other states in the Niger Delta region. She went further to publicize BMU to the international world which has attracted more students to learn and be equipped in all areas of the health sector.

Where so many women would shrink back from responsibilities Dr. Marie dies not.
She sees her job as an opportunity to learn new things which she loves doing, she equally sees the job a platform to build a network and reach a wide range of persons to positively impact society.

She advises young women to courageously take up responsibilities when presented with them particularly as women are usually fighting for gender equality adding that this would help to improve their skills and abilities, making them more independent.

She also advises the youths to be teachable, patient, willing to take correction when necessary and have a sense of responsibility to carry out tasks and jobs given to them without providing excuses for failure.

Dr. (Mrs.) Marie Teibowei is an inspiration to young people that they can achieve their goals through hardwork, excellence, passion, creativity and integrity. As an under-40, Dr. Teibowei is a living example of the assertion that greatness has no gender and age.