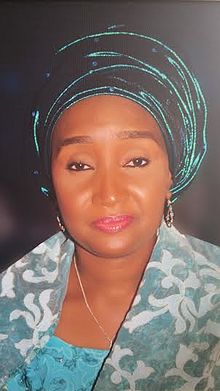 The Minister of Humanitarian Affairs, Disaster Management and Social Development, Hajiya Sadiya Umar Farouq has said that the Federal Government is ready to partner with Operation Safe Corridor, (OPSC), to tackle the menace of insecurity challenges facing the North-East in Nigeria.

The Minister stated this when she received in audience the representatives of the Chief of Defence staff, General Abayomi Gabriel Olonishaki, led by the Coordinator of Operation Safe Corridor, Major General Bamidele Shaffa in her office at the Federal Secretariat, Abuja.

Farouq commended the efforts and initiatives of Operation Safe Corridor noting that it’s a very important operation in addressing the challenges of insecurity and insurgency to a very holistic approach in the de-radicalisation, rehabilitation and re-integration of these insurgents adding that this strategy is very important especially in the North-East today.

In ensuring that the Buhari-led government achieve its vision in addressing the insecurity and insurgency challenges facing this nation, Farouq said that the Federal Government have given a welcoming hand or an opportunity to repentant Boko Haram members to have a re-think and denounce terrorism so that they could be assisted in different areas of human development.

“It is a very important programme for the ministry, one of mandate of the ministry is to focus on early recovery aspect of the North-East region and one of such components of early recovery is re-integration, rehabilitation of these affected communities and the repentant Boko Haram Insurgents” she stated.

He said that the Chief of Defence Staff had directed him to brief the Minister of the activities of Operation Safe Corridor which is believed to have fallen on the scope of humanitarian functions of the ministry. Operation Safe Corridor, (OPSC), is a multi-agency, multi-national humanitarian operation composed of 468 staff comprising of 17 Ministries, Departments and Agencies as well as other international agencies and organisations, aimed at de-radicalising, re-rehabilitating and re-integrating repentant Boko Haram members, as part of the measures to fast track peace process in the North-East.

He explained that the OPSC has since its establishment in 2016 successfully graduated 280 repentant members of the Insurgency group including two Chadians and had been transferred to their states and country for re-integration back to the society.

According to him, “I wish to state that the group are doing well in their various communities with no report of hostility against them or any case of misdemeanor against anyone of them in the communities where they have been integrated.”

Shaffa encouraged family visitation to the camp to reunite the repentant members with their families, provide room for reconciliation and sense of belonging. He also encouraged prominent personalities to visit the camp to interact with the boys and reassure them of acceptance.

He also disclosed that there were no plans to recruit the boys into the Nigerian Army as being speculated by fake news advocates “No member of the repentant insurgents is qualified to be recruited in the Army” he added.

Major General Bamidele Shaffa however, stressed the need for collaboration with the Ministry to adequately address the security challenges in the country.