My Name is Kadi… When Love Makes You Responsible 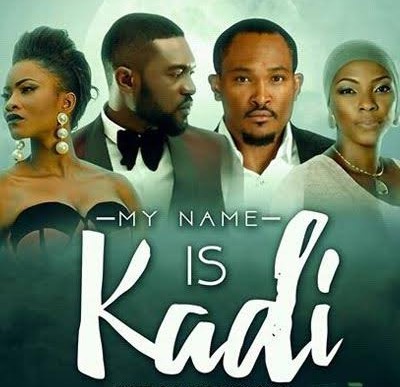 From the stable of Tisha Production comes an unusual storyline where finding love refines the life of an ex-vice president’s daughter. This week Dim Oba takes us through a film, where actresses in Nollywood choose to tell the story of the women folk as producers.

Plot
Kadi is a middle aged girl who is up-tight in character and does not allow anybody messing up with her but caught in the web of true love.

Review
A good command of the English language and use of rythms in the scripting of a film adds dialectical aesthetic in the expression of thoughts and ideas. The film script as the foundation of film making is vital for its successful production, therefore needs maximum attention to clearly define characters and their motive. Motives and actions are expressed in words, while the film didn’t down play on this but one finds it difficult to understand the issues surrounding Kadi as a character.

Questions such as what happened to Kadi? Her friends never asked her why, is Kadi always confrontational, vindictive and stubborn? The script did not tell us what the mother did wrong to her but we were only told that her father who is a former vice president has passed away leaving so much money that her mother is ‘unwilling’ to share but encouraged her to work. Kadi unwillingness to work is not the reason, her mother will not give her what is due but to help her build her owe path and career not necessarily depending on her father’s wealth. So, will that be a good reason for her to be up-tight? Her lack of respect for people’s feeling?

Despite these tragic flaws, Kadi has a lot of humanity bottled up in her. Indeed, for her to have two beautiful friends that accommodated her when she moved her out of the house, shows she is a loyal friend. Kadi cannot stand injustice against women and children. She takes up their fights not minding who is involved and still respects them. The love for her mother who she regards as her model is made clear. Defending the lady molested at the bar and the children in Kelvin’s school to get back social activities in the school curriculum are eloquent testimony of her good deeds.

Aisha Mohammed interpretation of the character, Kadi is effortless and graceful. Remember, she is producer and location manager, these are critical positions in the film making process. But Aisha never failed in any of the roles as the location for the scenes are beautiful and breathe taking.

Key Film credit
Taking the lead character, Kadi is Aisha Mohammed who doubles as the producer and story teller. Blossom Chukwujekwu played Kwem, Tina Mba as Mrs. Halimtom and Kenneth Okolie as Tyler. The film is directed by Bright Wonder and scripted by JPWord Smith.

Verdict
The thematic exploration of the film is apt coming from a young producer in the Nollywood industry; My Name is Kadi comes with a strong message of tolerance and understanding in helping others out of their ‘up-tight’ mood. Clearly, we don’t understand the reason for the up-tight character of Kadi but finding love in Kwem helps her to embrace herself better.

Agreed, there are few flaws in continuity of the scene while there are lost of words by some actors, one will score the film high. The character interpretation and cinematography is unarguably classy. Good job, Aisha Mohammed for making the women folk proud.