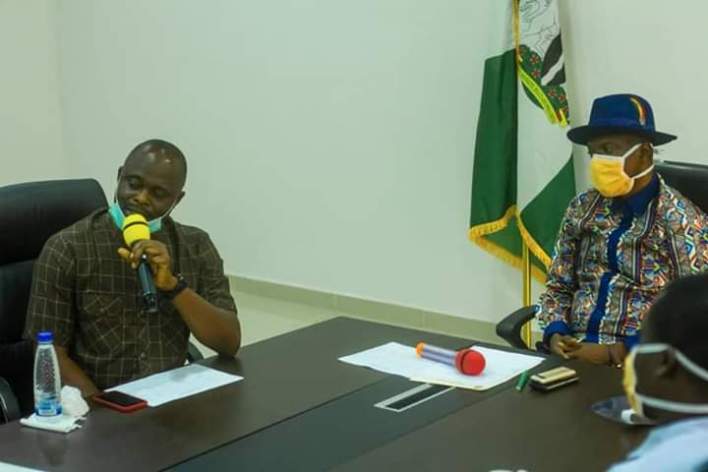 The Bayelsa State Government in its continuous bid to tackle the dreaded Covid-19 pandemic and improve the quality of health services in the state, recently met with the Association of Resident Doctors, NDUTH, Okolobiri to suspend its industrial action.

The resident doctors have therefore suspended their strike for 3 weeks as Government promised to attend to the demands within the stipulated period.

The President of the Association of Resident Doctors, NDUTH, Okolobiri, Dr. Oru Oru inetsol had noted that the strike was suspended as a show of goodwill to the government.

Dr. Inetsol said that the resident doctors at the state owned teaching hospital had since resumed work on Friday 26th June 2020, 8am.

You may recall that a few weeks ago Resident doctor in Niger Delta Teaching hospital joined their National association to embark on a strike to demand enhanced hazard allowance, proper placement of doctors, domestication of the residency training act and Upgrading of health facilities at the teaching hospital.