Stella Coker: Ready to Barbeque The Oferema-pepe at Senatorial Elections 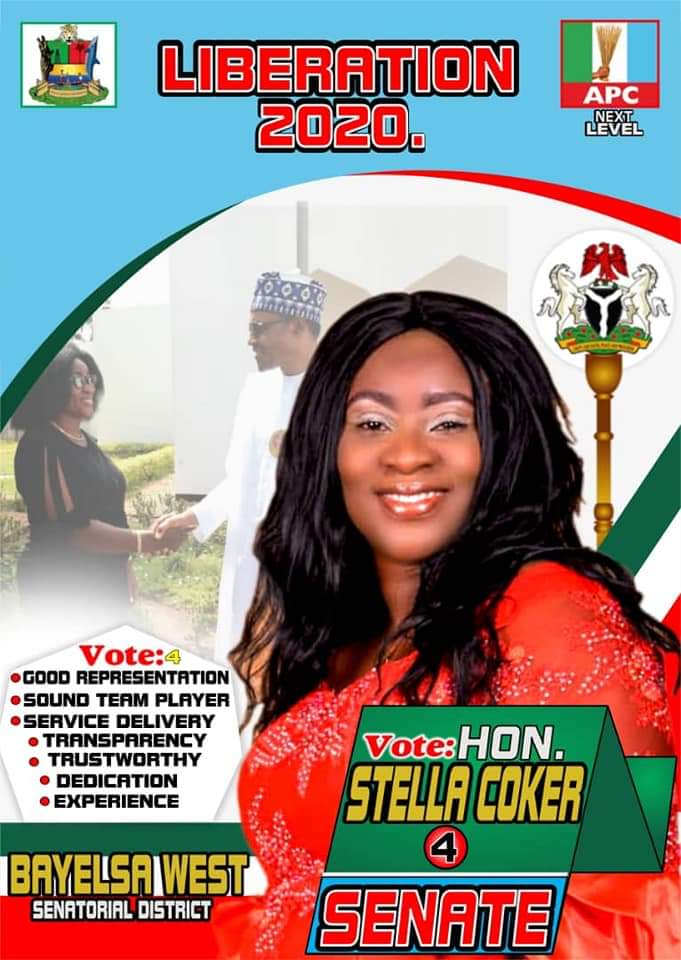 They say the fear of Dickson is the beginning of wisdom in the Bayelsa State Political Arena… In PDP he has no Contender, so he is the Consensus candidate.

But with the APC, despite been a former Attorney General, Former Commissioner of Justice, Former Member Parliamentarian, former Governor, first and only to have served for 8yrs in that capacity

It is fair that, as a big masquerade that he is, should be given a worthy Contender, someone who also has big names, proberbly held some political or Sensitive appointed positions…some one who can at least be perceived to give him a good fight.

Guess what? Mrs STELLA COKER, who has not held any political or appointed position, who compared to Dickson is a minor, who is not one of those big names you know, an Amazon, will bring Dickson to his knees.

Bayelsa West will be Liberated and given quality representation and Development with Stella COKER.