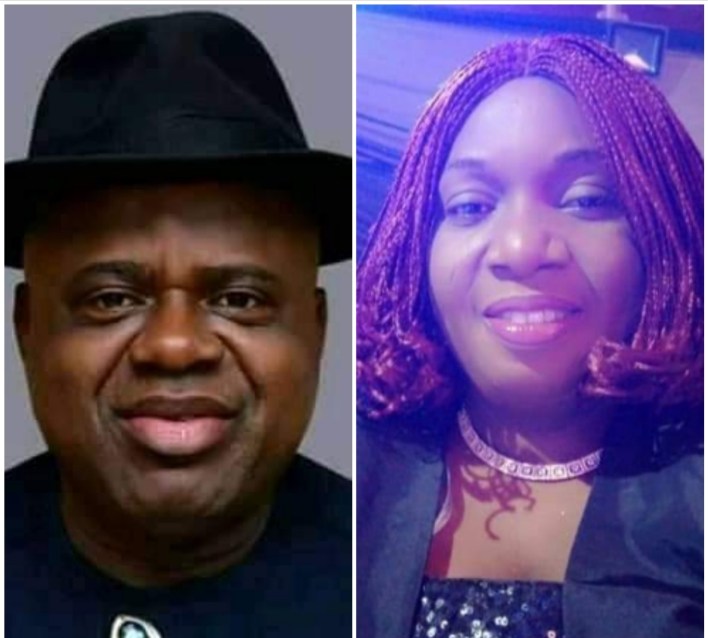 Juliet Pulu Foundation, JPF a non-governmental organization has described the victory of Hon. Douye Diri, governor of Bayelsa State at the Supreme Court on Tuesday, as an act of God to bring prosperity to the people of the state.

A statement released and signed by Mrs. Juliet Pulu-Zifawei, Founder/Executive Director of the Foundation said Governor Douye is God-sent as his ascendance to the seat of power is miraculous act.

According to the Mrs. Pulu-Zifawei, no man can fight God’s project and since the inception of the Governor Diri’s administration, there are positive signs of development in the state.

Pulu stressed that power comes from God even political positions stressing that without God, human skills and connections will fail which is a clear evidence with Governor Douye Diri emergence.

She noted that politicians should desist from distractive politics and focus on people-centred politics through loyalty and respect for party structure which is the hallmark of party politics in a democratic setting.

Pulu-Zifawei urged young politicians to learn from the humility of Governor Douye Diri who is an astute grassroots politician with a clear difference that have occupied various positions.

The Executive Director of the foundation explained that has a youth focused group, JPF is particularly excited and commended the governor for appointing young and industrious Bayelsans as his Media aides.

She used the opportunity to congratulate the governor, Douye Diri and his dear wife, Gloria Diri praying that God will grant them the wisdom and strength to pilot Bayelsa State into greater prosperity.