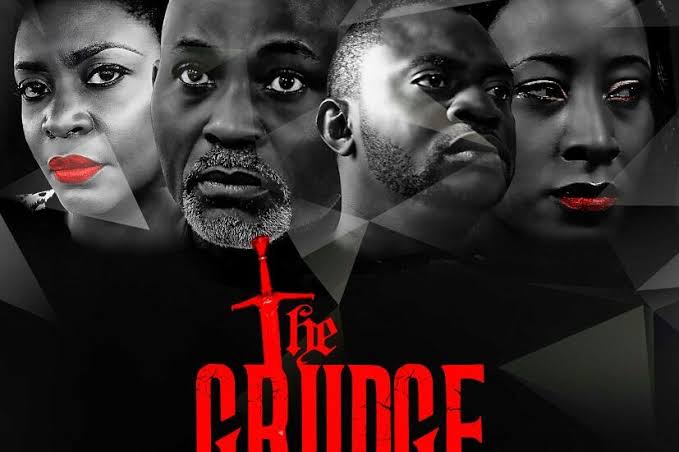 A Funmi Holder production directed by Yemi Morafa is an expository film that helps wives deal with extra marital affairs of their spouses in a different perspective. This week, Dim Oba takes us through a film in its own class that raises questions on how not to deal with a cheating partner.

Plot
Kemi (Iretiola Doyle) sends her house help away while Tayo (Richard Mofe-Damijo) her husband is uncomfortable with her actions but she careless. They quarrel and never in a good mood. The couple sleep in their different rooms since after their fifth anniversary. At Tayo’s office, Ebere (Funmi Holder) comes in as a go-between for the couple as a peacemaker after every fight.

Kemi hires Chikodi (Ijeoma Aniebo), her office cleaner as the maid for the house without consulting with her husband. Chikodi gets pregnant and uses locate concoction to terminate the pregnant, she slums in Kemi’s kitchen while performing her duties. She is rushed to the hospital. At the hospital, Ebere informs Kemi that Tayo is responsible because each time she visits Chikodi is dressed loosely at home. Kemi gets the police to rest Tayo.

Review
Raising from being an actresses, the female folks in Nollywood are storming the scene with their own stories telling it as it pleases on very touching societal issues. The Grudge is one. One will not except a woman to tell the kind of story, Funmi did in The Grudge especially knowing that the African cultural and tradition permits polygamy but allowed Tayo to remain faithful to his wife after five years of no sexual intercourse on an account of cheating on her on their anniversary. It’s bold story supporting the view that men can be faithful if they choose to. In Tayo’s case, he is ‘innocent’ helping a friend who is a widow and needs a quick one since after the death of her husband but caught in the act.

The suspense in a movie script is crux of movie production and audience appeal. For The Grudge, as the movie progressed with revelation of the characters, it will take alot of sensibility to understand the motive of the characters. There were no giveways by the actors in the various characters for the audience to understand the point of conflict between Tayo and Kemi. Kemi’s unruly behavior gets to its peak as Tayo is being arrested for allegedly having an affair with Chikodi, the new maid. Worried over his wife’s attitude after interrogation and granted bail at the police station, Tayo persuades his wife Kemi, to tell him where he went wrong, so he could apologize, untypical of an average Nigerian man. At this point, audience excepts to get a clue what has transpired in the dialogue between the couple but Kemi is adamant.

To wrap the motif of Kemi from the start to finish, with spellbound dramatic actions leaving the audience guessing before the resolution of the conflict runs contrary to the climax and anticlimax production style. Kemi is a unique character, and Iretiola Doyle is such fantastic actor to fit the role naturally. She is seemlessly stress-free give the character her whole being to possess for the enjoyment of the audience. Kemi is sophisticated, connected to the high and mighty in the society with an influential aunt as the go-between. Her financial contribution to the sustainance of the family upkeep is substantial especially when she can hire and fire the house maids at will without recourse to Tayo. It shows she has a firm grip of family, she still loves her husband and would not let him go.

She spends the next five years to find reasonable reasons why Tayo cheated on her with Ebere, but unable to find it. Again, the thing is known by the women Kemi and Ebere. Interestingly, Ebere is an Igbo stock from the Eastern part of Nigerian. A point of digress, Kemi did end Ebere’s life because she is Igbo but she lured her husband to bed and never overcome her youthful fantasies over Tayo. This is important. Kemi treatment of Chikodi never shows she is an ethnic bigot or jingoist. Then back to the ignorance of Tayo not to know the reason for his wife’s attitude don’t suggest that he is a cronic womanizer. Tayo didn’t make any advances at Chikodi even when he saw in the morning as suggested by Ebere to her friend, Kemi. After the incident that night, Tayo keeps a reasonable distance from Ebere even in the office that places Tayo in a clear standing.

Verdict
For marriages to prosper, couples should learn to forget one another irrespective of the hurt. While the film ends with the death of Ebere after her ‘presumed confession’, we left to our imaginative faculty to reason out what happened next. Did peace finally return to the home of Tayo and Kemi? Will Kemi open up to Tayo why her attitude change from the night of their fifth marriage anniversary?

While we ponder on this questions, The Grudge is in a class of its own based on its production design and quality. The producer and director never compromised the actors’ diction and acting style. The characters were real with no presumably motion of the characters thus wrapping the suspense of the movie till the end. Thi is great commendable feat.

Indeed, women in Nollywood are beginning to up their game behind the camera in the production of great movies not just staying in front of the camera. This have afforded them the opportunity to tell their own story in a unique way.