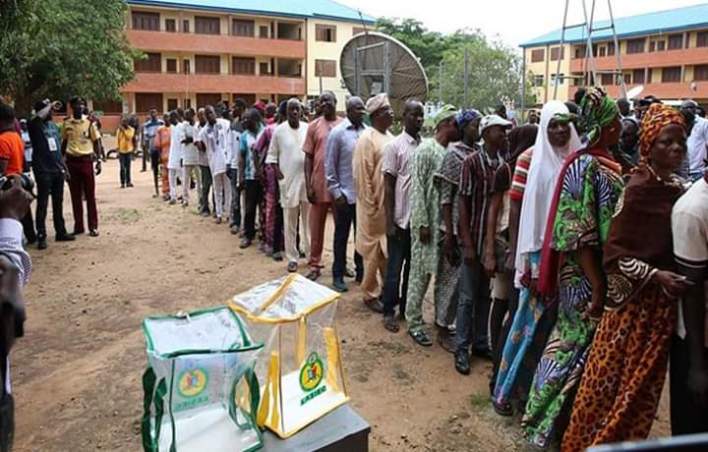 In the first part of this two series intervention, this writer highlighted some gains the 21 years democracy (or civil rule if you like) in the country has ushered, as well as the obvious challenges holding it to ransom, stunting its growth and of course whittling down the dividends the people ordinarily ought to reap from a system of government centered on their welfare and corporate development.

Needless to emphasise that executive recklessness has over the years reigned supreme. From the Obasanjo era in 1999 till date, the story has remained the same. In 2004, Nigerians saw an Obasanjo presidency that woke up one day and cold-heartedly decided to withhold Lagos state allocation for 14 months on the ground of a frosty relationship with the then governor, Bola Ahmed Tinubu. Tinubu’s only offence was the creation of additional 37 local council authorities, having satisfied all legal procedures required in law. The Otta farmer was hell-bent on feasting on Tinubu’s pound of flesh and possibly some pints of blood to quaff it down. The Lagos pillar of politics was the only surviving opposition governor then in the South West. Papa Iyabo saw the existence of Alliance for Democracy as an affront and would stop at nothing to discomfort Tinubu.

The then president used the weighty influence of his office to unleash hardship and economic difficulty on the generality of Lagosians just to settle political difference. He spared no thoughts about thousands of workers whose wages would be denied as a result of his reckless action. He thought less about families whose daily bread would hang in the balance on the account of his flagrant abuse of power. Should we talk about the then Abia governor, Orji Uzor Kalu whose personal businesses Obasanjo crippled? Or do we talk about the 46 oil blocks he took away from Abia and ceded to other states because of his personal differences with the governor?

Obasanjo is not a lone traveler here. Nigerians in recent times see an EFCC that unabashedly exhibits partisanship, dancing to the tone of ‘powers from above’, behaving like an appendage of the Executive and making mockery of whatever is left of its independence. Under Magu as the acting chairman of Economic and Financial Crimes Commission, Ekiti state government’s bank account domiciled in Zenith Bank was placed on Post No Debit (PND) under Ayodele Peter Fayose as the governor. The reason is not far-fetched. Fayose was arguably the loudest opposition voice even till the expiration of his tenure as Ekiti governor, even when leaders of his People’s Democratic Party (PDP) could barely muster courage to put the government on its toes.

In the cult of power abuse, the state governors are not left out. Positions of trust are being brazenly converted to tools for coercion, intimidation and harassment of perceived political enemies. A certain Kaduna governor whose anointing for pulling down structures could be best described as legendary and hostility to opposing views only imagined has remained outstanding in playing the politics of demolition. In advancing his mission of intolerance and loathe for opposition, the man who became popular for levelling houses he considered to contravene the Abuja masterplan back then as a minister again in Kaduna unleashed his ‘demolition bulldozers’ to pull down the factional headquarters of his party, the All Progressives Congress (APC). The building in a posh area of the city of course belonged to Senator Suleiman Hunkuyi and it housed the secretariat of the factional Kaduna Restoration Group headed by Danladi Wada.

Untamed excesses of the state chief executives is beyond description. They corrupt the judiciary and come back to wail when the game turns against them. They suffocate the legislature to suit their whims and caprices. They single-handedly appoint those who preside over the legislature, a supposed independent arm of government. It is a common practice in the country for governors to choose the Speaker of State Assembly they prefer to work with in apparent effort to plant their allies at helm of affairs in the state legislature. We see governors who wake up to use security agencies to hound journalists around, albeit unjustifiably over reports they find unsavoury. The trumped up charges against journalist Agba Jalingo, the publisher of Cross River Watch by governor, Ben Ayade is a sad reminder to how crass abuse of power has inflicted a deep injury on our democratic process. A Dave Umahi woke up from wrong side of the bed and claimed to bar two journalists, Chijioke Agwu of The Sun Newspaper and Peter Okutu of Vanguard from entering the government house or any government facility in the state. Is the government house or any public facility an estate of the governor? What this tells you is the imaginary sense of entitlement that beclouds those who preside over our affairs.

The catalogue of overweight burden placed on the shoulder of the nation’s democracy by political actors is inexhaustive as it is sickening and disturbing. Lack of ideology of the various political associations has exposed the desperation of politicians to clinch power at all cost. The process of cross-carpeting from one political party to another in the country beats the speed of light. They scavenge for where there is sufficiency in bread and butter. Not many Nigerians believe there is a distinctive line between the two dominant political parties; the APC and PDP. Where they don’t see the broom sweep enough milk and honey towards their direction, they seek refuge under the umbrella. When the umbrella falls short of offering them adequate shield by their own definition, the broom becomes the only option. It is a motion around a vicious cycle without a clear cut direction. While this happens, the welfare of the people is perpetually relegated to the background.

The 50 billion Naira lawsuit recently instituted by 16 elder statesmen from the Middle Belt and Southern parts of the country against the President Muhammadu Buhari-led federal government is a testament to the fact that we have consistently operated a winner-take-all government since 1999. The juicy positions are usually reserved for the president’s kinsmen and cronies. The current administration however has taken it to a point where the rest of the nation begins to question their Nigerianness. The appointment of key cabinet members and the security architecture were not only slanted along regional lines but brazenly tailored to violate the principles Federal Character. A sense of alienation and cry of marginalisation rose to a level never seen before in the annals of the country’s history. The minority are overwhelmingly emasculated and denied a voice. Are they not supposed to be part and parcel of project Nigeria? What is the justification in having a Federal Capital Territory that plays host to almost all the government institutions in the country yet cannot produce a single cabinet member? Where is the justification in having a Federal Capital Territory that plays host to the three arms of government but produces just one senator and 3 House of Reps members while the rest of the states produce three senators and over 10 Reps members each?

We cannot continue to deliberately and mischievously give democratic governance a name that originally does not belong to it. Most of our rural communities are being strangulated by a mind-boggling dearth of infrastructure. They cannot boast of any visible government presence despite full participation in leadership recruitment process. Pipe-borne water is conspicuously a scarce commodity. The roads through which they ferry their farm produce to the city markets are impassable. Maternal and infant mortality on daily basis assumes a deadly proportion on the account of dilapidated health infrastructure, a situation that has further been further compounded by the COVID-19 outbreak. The community schools now shadow of their old selves while the rate of out-of-school children skyrockets, currently estimated at 13 million.

As I bring this piece to a close, it is worth celebrating that our hard-earned democratic government has not kissed the dust like doomsday sayers had envisaged. However, not so much has been achieved in engendering inclusion and sense of belonging among the people. Till the politicians begin to adhere to established rules, think less of themselves, and pay attention to the needs of the people, our democratic journey cannot be said to be on its full swing.