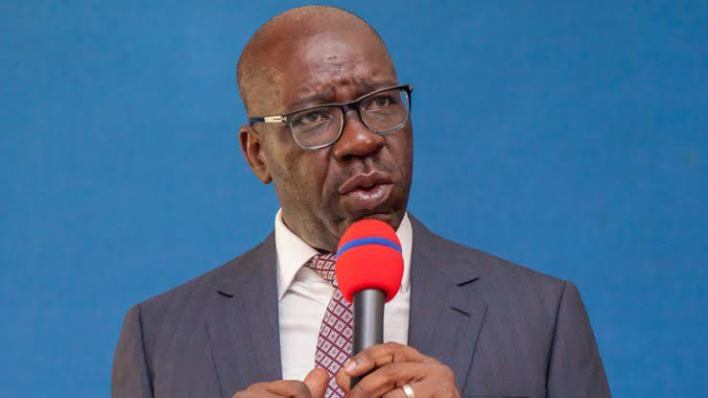 A Federal High Court sitting in Abuja has struck out a suit seeking the disqualification of Governor Godwin Obaseki from contesting the September 2020 governorship election in the state for allegedly forging his university certificate.

Justice Anwuli Chikere struck out the suit following the absence of the lawyers to the plaintiffs and defendants.

The suit was filed on May 29, 2020, by Edobor Williams, Ugesia Godwin, and Amedu Anakhu, ahead of the governorship election scheduled to hold in Edo State on September 19.

Joined as respondents in the suit were the governors’ party, the All Progressives Congress, the Inspector-General of Police, and Obaseki himself.

The plaintiffs alleged in the abandoned that the University of Ibadan certificate which Governor Obaseki attached to his Form CF.001 submitted to INEC for his first term election in 2016 was forged.

They argued that the governor’s educational information contained in Part C of the Form CF 001 which he submitted to INEC on July 12, 2016, and the first-degree certificate of Bachelor of Arts in Classical Studies, said to have been obtained from the University of Ibadan, Ibadan, was forged.

They contended that this was “contrary to the provisions of section 182(1)(i) of the Constitution of the Federal Republic of Nigeria, 1999”.