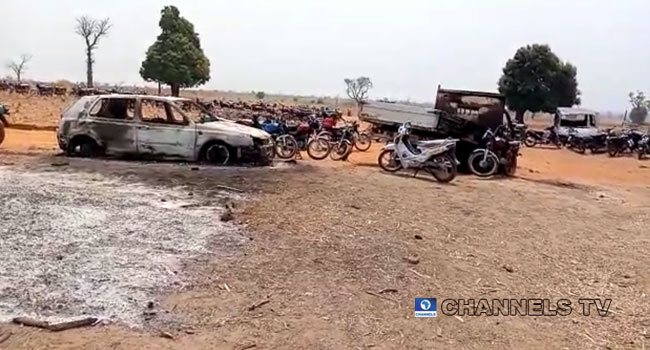 At least 24 people have been killed and several others injured after gunmen attacked three communities in Zango Kataf Local Government Area of Kaduna state.

Although the police authorities are yet to confirm the incident, the Chairman of Zango Kataf local government, Elias Manza told Channels Television that the criminals, suspected to be Fulani militia, first attacked Chibob village on Friday night, and killed nine people with many others seriously injured, while many houses were also burnt.

He also said that similar attacks were carried out by the gunmen in Sabon Kaura village where 15 people were also murdered in the night while the third attack at Ungwan Audu village on Sunday night also left several houses and farmlands burnt with many injured.

Speaking further, the Council Chairman explained that several families have been displaced from their homes as a result of the attacks, while the injured ones are currently receiving treatment at different hospitals in Kafanchan and Zonkwa.

He also appealed for the deployment of more security operatives to Zango Kataf in order to forestall further attacks.