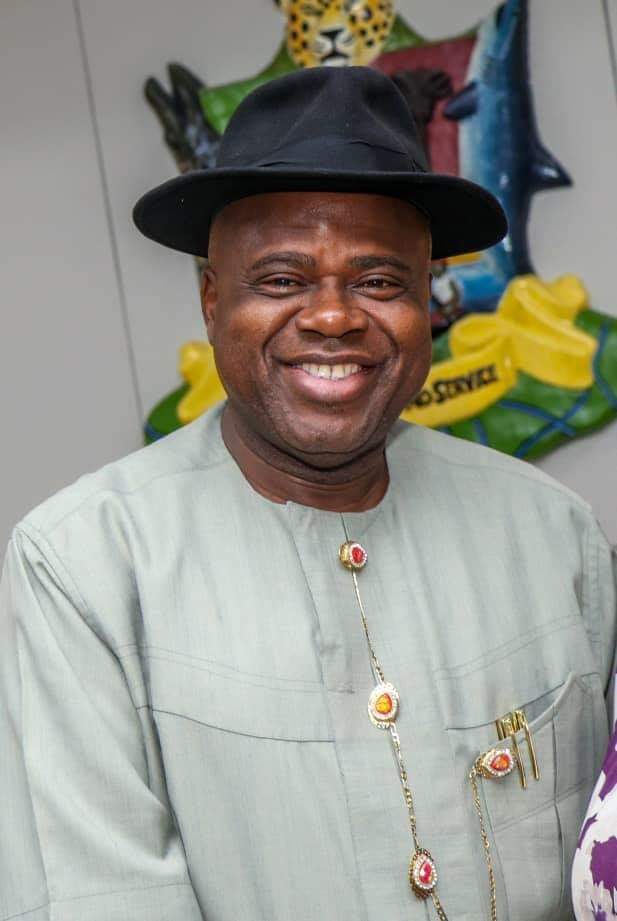 Douye Diri, Governor of Bayelsa State has finally open in defense of his deputy, Lawrence Ewhrudjakpo on the alleged forgery of his certificates.

Speaking to journalists in Abuja, Diri made a differentiation between the case of false information by Eremienyo upon which he sued the APC and allegation of forging NYSC discharge certificate being leveled against his own deputy, Lawrence Ewhrudjakpo.

Douye explained “we didn’t take forgery case to court. It was for the APC deputy governorship candidate to prove why he had such multiple names. It was a case of false information and not a forgery.

“In fact, the deputy governor has instituted a defamation case against those who made that allegation.”

The former Senator said he will set commerce and agriculture as the main priorities of his administration to improve the economy of the state saying his first agenda was to diversify the state economy.

Diri hinted that besides commerce and agriculture, education will continue to be a focus area.

He promised that before his first 100 days in office, street lights of Yenagoa, the state capital which works commenced by the previous administration would be completed.

The former Senator also stated that with the state blessed with so many mineral resources, he would strive to attract investors.

“I was part of the Restoration Government of Seriake Dickson and so I don’t need anybody to tell me about where to begin governance of Bayelsa State.

“Taking handover from the former governor was just a mere formality. I already know where to start from. In 100 days, we will invite you over to see progress”, he said.

The governor canvassed a review of the Constitution to allow for fiscal federalism such that states would be allowed to manage their natural resources and only pay a royalty to the Federal Government.

He insisted “unless there is constitutional amendment allowing for fiscal federalism, Nigeria will not move towards development.”

He noted that it was wrong for the Federal Government to claim ownership of resources under the ground as such naturally belong to the people saying that was why he introduced a bill to amend the Land Use Act which was, however, defeated in the national assembly.