Leading the Big Brother Household is about being accountable and Kiddwaya learned how much this week.

It’s hard at the bottom and even harder at the top of the Big Brother Naija House. Kiddwaya has learned this as hard times reared their head in the House. It started with a discussion, that turned into an argument that grew into a bad showing in terms of leadership.

The discussion
The presentation of a new Wager usually means a chance for the Housemates to combine their collective efforts and create a masterpiece for Biggie to enjoy, but sadly this time around personalities got it the way. After Kiddawaya read the brief a robust discussion broke out about how to best handle the Wager amongst the Housemates. This discussion lasted for over an hour and a half before things took a grave turn for the worse, and the importance of inspired leadership came to the fore. 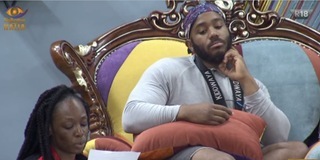 The argument
As the voices of disagreement grew amongst the Housemates about how to best handle the wager, the leadership of the House intervened in a rather surprising manner. Rather than calm the Housemates and try to get them to talk out as Ozo did numerous times during his reign, Kidd reminded them all that if they fail, it makes no difference to his safety on Sunday.

This got Lucy very revved up and when she confronted Kidd about his position, he didn’t back down and said: “I said what I said, it is what it is.” Kiddwaya’s flippant disregard for the other Housemates got Wathoni very frustrated and she joined Lucy in loudly demanding an apology. Brighto and Erica also tried to convince Kiddwaya to apologise but failed in their attempt. In the main House Lucy and Wathoni were joined by Praise in the bedroom where they continued the loud and angry discussion about who should apologise, and how poor Kiddwaya’s leadership strategy has been.

The apology
This morning after the gym session was completed, Kiddwaya sat the Housemates down to issue a formal apology for his statements the night before. His words were met with mixed feelings, but as a whole the Housemates pardoned him. The only question now is if his apology was enough to change the minds of the Housemates about his behaviour, or if this was a case of too little too late. 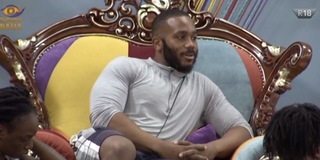 With the Wager presentation less than a day away, and still no major plans set in place as to how it will be performed, the Head of House still has a lot more than apologies to worry about.

Exercise your power to keep your favourite Housemate in Biggie’s House by voting here. You can also download the MyGOtv and MyDStv apps for additional Votes. Stay tuned to Big Brother Naija on DStv channel 198 and GOtv channel 29, brought to you by headline sponsor Betway, and gold sponsor Guinness. You don’t wanna miss out on any of the action so sign up on DStv or get GOtv Max or Jolli.  Stay plugged into all things #BBNaija on the website and follow us on YouTube, Instagram, Twitter, and Facebook.