CBN AGRIC LOAN: ONLY BAYELSA FARMERS WILL BENEFIT, I WILL RUN A LEAN APPOINTIVE GOVERNMENT…SAYS DIRI 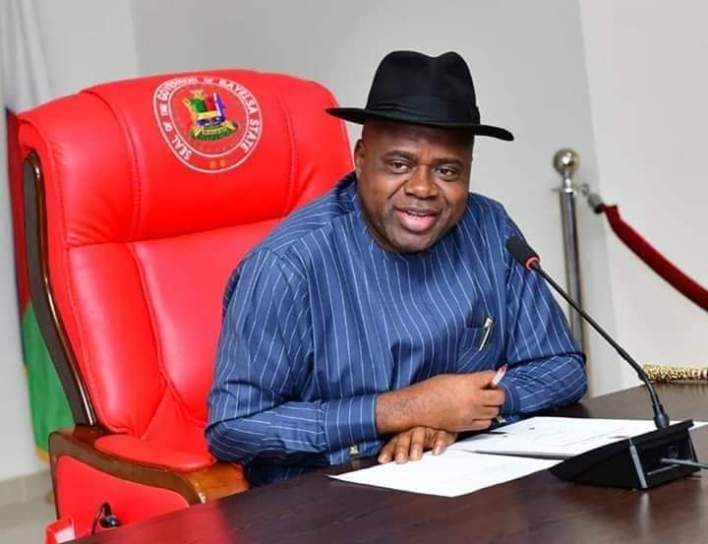 The Bayelsa State government has said the Central Bank of Nigeria (CBN) facility it is expecting will benefit only farmers in the state irrespective of political party affiliation.

Governor Douye Diri, who disclosed this when representatives of 24 political parties under the aegis of the state chapter of the Inter-Party Council paid him a courtesy visit in Government House, Yenagoa, stated that the facility would promote farming and other agricultural activities in the state.

A press release by his Acting Chief Press Secretary, Mr Daniel Alabrah, noted that Governor Diri vowed not to play politics with the loan, stressing that stringent measures would be put in place to ensure that only farmers are the beneficiaries.

Advising the political class to steer clear of the CBN loan, he however explained that politicians that own farms were qualified to obtain it.

He said the Ministry of Agriculture and Natural Resources would be saddled with the responsibility of going round the state to verify farmers and their claims before disbursing the loan.

According to the governor, his target is to promote food sufficiency and diversification of the local economy through production to boost the state internally generated revenue.

His words: “You requested for appointments but our government will run a lean appointive system. We have plans to support you and every Bayelsan in various ways. I therefore call on you to join us in educating our people that we cannot continue to depend on government for everything.

“Our government will like to support businesses. We will provide opportunities for wealth and job creation for our people, particularly our women and youth through skills acquisition and loans.

“For instance, we have been moving for the CBN agriculture loan. Very soon it will come to us. I’m sure in the next one week we will have it.

“Let me make it clear that the money is for farmers. So I’m not going to play politics with it. I’m going to give it to farmers alone. The only way you can benefit is for you to own a farm. I’m loyal will not qualify you for that loan.”

He thanked his visitors for the supportive role they played in the November 16, 2019 governorship election that enabled the Peoples Democratic Party win in actual voting as revealed during the inspection stage in the state election petitions tribunal.

Diri said he would continue to appreciate God for restoring his victory, noting that the PDP clearly won the election before it was subverted by the All Progressives Congress and their allies.

He urged the political parties to join hands with his administration to sensitise the people on the need to embrace commerce and other production activities rather than rely on government appointments and handouts.

Speaking on behalf of the political parties, Mr Nabai Inemugha expressed gratitude to God for restoring the mandate Bayelsans gave to Senator Diri in the last governorship election through the Supreme Court.

Mr Inemugha said the 24 political parties decided to support Diri’s candidature in the election because of their belief in his ability to consolidate the development strides of his predecessor, Hon. Seriake Dickson.