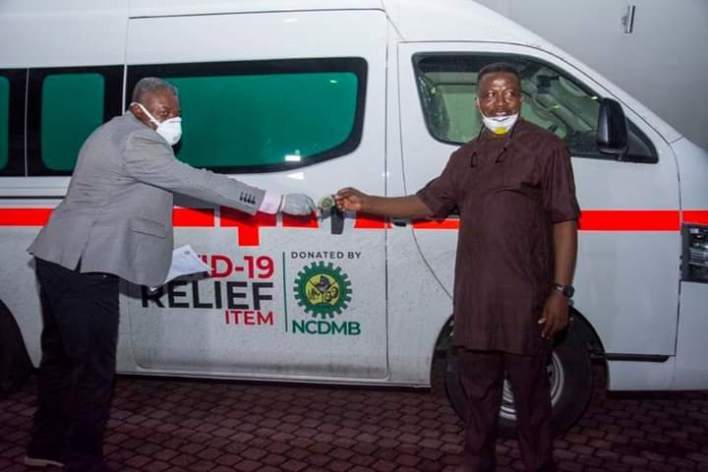 The Nigerian Content Development and Monitoring Board (NCDMB) has handed over ambulances, ventilators and other special medical supplies to the Governments of Bayelsa, Delta and Rivers States in support of efforts to combat the spread of Coronavirus (COVID-19) in the country.

The donations were made in partnership with the Petroleum Technology Association of Nigeria (PETAN) and were received on Friday in Yenagoa, Bayelsa State and Port Harcourt, Rivers State as well as on Saturday in Warri, Delta State.

Presenting the materials to the Bayelsa and Delta State Governments, the Executive Secretary of the NCDMB, Engr. Simbi Kesiye Wabote stated that the human race was going through trying times and the Board as a responsible and responsive corporate citizen decided to support the fight to stop spread of the deadly virus.

Represented by the Director, Planning, Research and Statistics (PRS), Mr. Dazibah Patrick Obah, he explained that NCDMB had also sponsored several sensitization campaigns in the media, with a view to informing the citizenry on how to avoid contracting the virus.

Receiving the items in Bayelsa State, the Secretary to the State Government, Rt. Hon Konbowei Benson thanked the Board for discharging its corporate social responsibility creditably and supporting the state during this difficult period. He promised that the items will be deployed effectively in the fight against the virus. He beckoned on other corporate agencies in Bayelsa State to emulate the example of the NCDMB especially in this time of need.

In Warri, Delta State, the Board donated an ambulance and other medical supplies and they were received by Hon Kelly Pinaowei, the Special Assistant on Local Government Affairs to the Governor, Sen (Dr.) Ifeanyi Okowa. He thanked the NCDMB for helping the state combat the coronavirus, admitting that the items were highly needed by the state as it had recorded cases of the virus.

At a similar event in Port Harcourt, Rivers State, the Executive Secretary of NCDMB was represented by the General Manager, Corporate Communication and Zonal Coordination, Dr. Ginah O. Ginah.
He disclosed that Rivers State is one of the Board’s host states and deserves the COVID-19 relief items to help it curb the spread of the virus.

The Honorable Commissioner for Health, Rivers State, Prof. Chike Princewill received the items and commended NCDMB for assisting the state government’s fight against the spread of the virus. He conveyed the gratitude of Governor Ezenwo Nyesom Wike and assured that the items would be deployed immediately to curb the spread of the virus in the state. 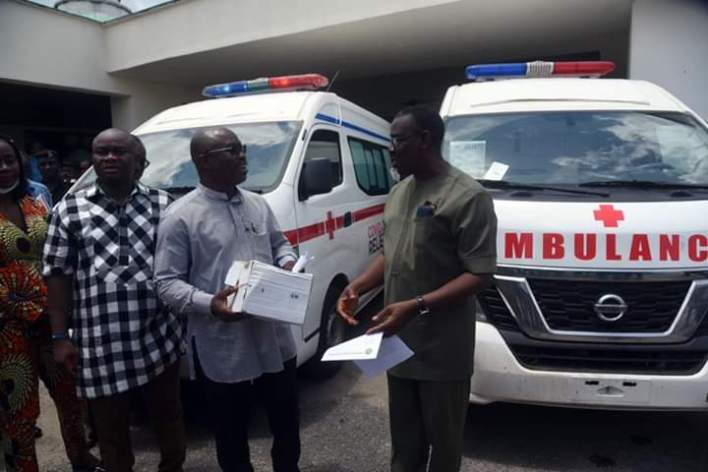 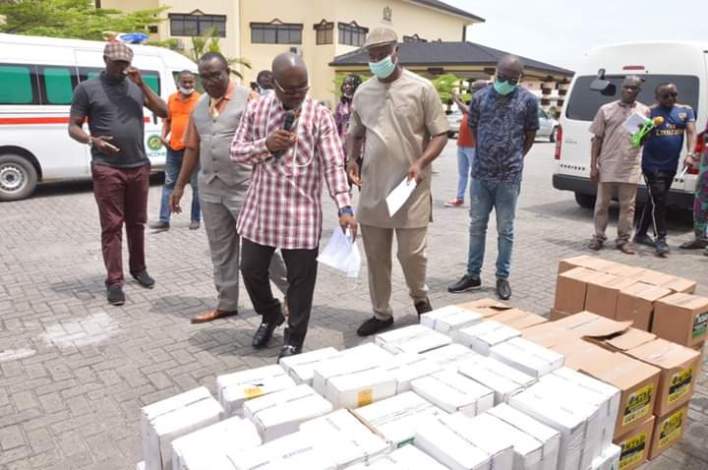