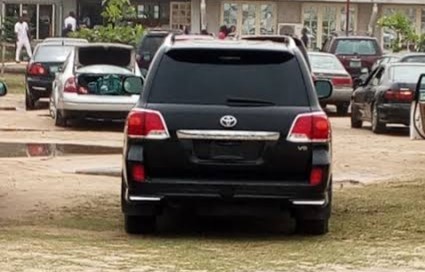 Sixty years of nationhood and diamond jubilee, true freedom and peace have eluded many communities or homes, as peace is a lost commodity in the land. Corruption, greed, suspicion as well as religious bigotry are prevalent in the country.

Currently, Nigeria is practicing a democratically elected government since 1999 to date and the spate of insecurity is alarming and quite disturbing.
Leaders have failed to protect the unity and citizenry from attack, as banditry, kidnapping, rape, cultism, human trafficking, violence, ritual killing, terrorism, armed robbery, financial scam etc are the order of the day.

In fact the insecurity situation in Nigeria is getting out of control, it would be recalled that, the Nigeria Police Force (NPF) has officially banned the use of covered vehicle number plates across the nation in a bid of curbing criminality perpetrated by men in unregistered or covered vehicle plate number that go undetected.

Similarly, the Federal Road Safety Corp (FRSC) has also warned that covering of vehicle number plates was a clear breach of Road Traffic Act (RTA) and other laws of the land. According to the FRSC, all those government and escort vehicles that cover their plate numbers are illegal. Noted that the practice of covering number plates was common among politicians and government officials of the day.

Sadly, lawlessness is increasing almost on daily basis in Nigeria where blaring of siren on the roads is a common practice by unauthorized motorists intended to scare away other road users should be discouraged.