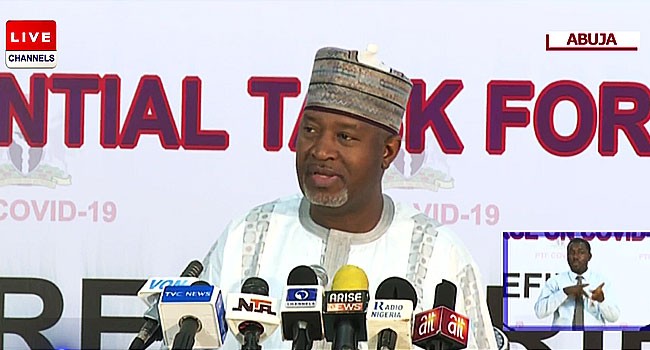 The Federal Government has announced the resumption of domestic flights in the country.

The Minister of Aviation, Hadi Sirika, announced this in a tweet on Wednesday.

According to him, the Abuja and Lagos airports will resume domestic operations on July 8, while the Kano, Port Harcourt, Owerri and Maiduguri airports would resume on the 11th.

Other airports are also expected to resume operations on the 15th.

Sirika, however, noted that a date for the international airports will be announced in due course.

In the wake of the COVID-19 pandemic, airports and airline operations just like several other sectors of the economy had been shut to curb the spread of the virus.

Subsequently, as of May, the aviation minister stated that the sector was the worst hit since the pandemic hit the country.

According to him, airlines had, at the time, lost nearly N17 billion monthly since their operations were grounded.

“We are in very difficult moments like everyone else. All of this started because someone travelled and unfortunately came back home with it and the consequence is what we’ve been going through.

“We are the worst hit, than any other sector. Some N17 billion monthly is being lost by the airlines, thanks to COVID-19,” Sirika said while responding to questions during one of the Presidential Task Force briefings on COVID-19 in Abuja.

He, however, noted that while there is a need to revive the sector, the process could not be rushed because according to him, the sector is highly regulated and very co-ordinated and has set standards that must be followed at all times.

“There are safety issues and concerns. Those airplanes have been kept and when we are going to bring them back into service, we will have to ensure that they are airworthy and that they can make those flights safely,” he said at the time.

“So also, for the flight crew, they have certain standards they must conform with. They have licensing issues which will fall due for recurrency to be done within this period, so what do you do with them.

“Certainly they won’t just pick up their bags and continue where they left. They must conform to those standards and ensure that they are safe to operate both in terms of their health and their proficiency to be able to conduct a very safe flight”.

As of June 1, the government announced that a gradual reopening of the airports may commence from June 21.

But the National Coordinator of the Presidential Task Force on COVID-19, Sani Aliyu, clarified that the date was not fixed and the reopening of the sector would only be determined by their level of preparedness.

“The aviation industry is requested to start developing protocols to allow for domestic flights to resume anytime from the 21st of June onwards.

“When we say from June 21, we mean that we are preparing the aviation sector towards that date. That date may not necessarily be June 21, it could be June 26, 28 or even July 1.

“It depends on whether or not they are prepared. So we are giving them a time frame of three weeks to start preparing for domestic flights,” Aliyu said.