Girl-Child in Nigeria: When Will the Agony End? 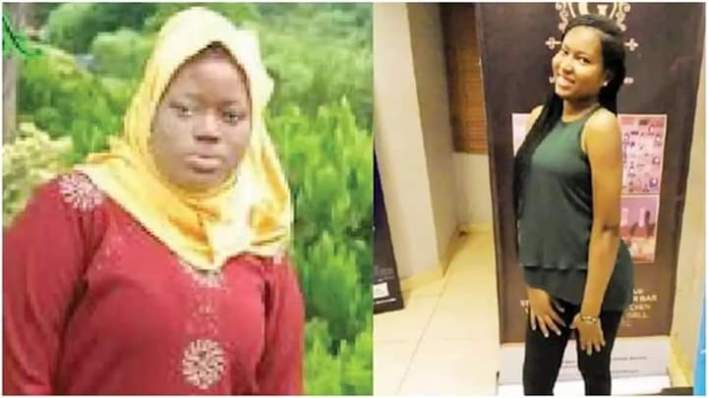 Our dear country is increasingly becoming a toxic habitation for the vulnerable, particularly women and children to live in, thrive, explore and exercise fundamental rights unhindered. It is a sad reminder to the cruelty and unkindness with which human mind is desperately coated.

Tina Ezekwe, 16-year-old student recently felled by a trigger-happy cop’s bullet in Lagos, Vera Uwaila Omozuwa a 22-year-old microbiology undergraduate of UNIBEN, who was not long ago raped, dehumanised and eventually killed in Benin, Edo state, Barakat Bello, 19-year-old student of Institute of Agriculture, Research and Training who was also raped and killed in Ibadan on Monday, June 1 as well as Jennifer, 18-year-old lady raped in Kaduna on April 27 this year are just four of the legion of freshly baked bestialities from the evil temple that have today attracted unabashed condemnation. These patriots were murdered in cold blood under very painful circumstances.

While the careless death of any Nigerian is inexcusable under any circumstance, the female gender appears to have fatally been at the receiving end of bountiful harvest of sexually related crimes going on in our academic institutions, corporate offices, religious houses and indeed our homes on daily basis. Again, Tina’s death speaks to the enormous job the police authorities must urgently carry out on their officers and men.

The Medieval, anachronistic and infectious unprofessional conduct of some officials has continually robbed off on the collective entity of police force. State agents that ordinarily ought to be drivers of security of our people’s lives and property, including that of Tina, a teenager ended up as the nightmare that brought to abrupt end her stay on earth in a horrific manner. The decision by the indicted police officers, Theophilus Otobo and Oguntoba Olamigoke to on Tuesday May 26, 2020 open fire on a crowd around the Iyana-Oworo area of Lagos in the name of enforcement of COVID-19 curfew is to say the least in a bad fate and negates both common sense and most archaic policing ethics. Sadly, the unprovoked release of life bullet on citizens has become a big festival in our country’s security and defence sector. The trend has continued to thrive on the account that adequate deterrence mechanisms are not meted to offenders.

While conversation towards enthroning a more rewarding policing system continues, it is instructive to state that the degradation and dehumanisation of these sisters of ours is an eloquent testimony that we have as a society succeeded in raising a vicious and monstrous army of demons who do not deserve to co-habit with those of us with a sense of decency. They see womanhood as a crime. They feast on their agonies and drink the tears of their sorrow. Their insatiable sadism preys on the misery and despair of their victims. They wear human flesh, yet heart of a beast. Their facial outlook appears human but behind it is a thirsty vampire.

There is no limit to which we must condemn in strong terms any act of gender-based violence, sexual exploitation and harassment of our women and children. It is callous and Luciferic. It is heartless, wicked and unjustifiable. These young ones were green with visions and aspirations. They paid the supreme price chasing their dreams at various levels of learning. Like a candle in the wind, these visions have been permanently cut short never to see the ray of light again.

Poignantly, none of the most recent cases in the public domain leaves a trace of non-vigilance on the side of the victims. They were not at the wrong place at the wrong time, nor were they in confrontation for supremacy with their tormentors. While Vera Uwaila Omozuwa was killed in a church environment where she had gone to study, Barakat Bello was killed in her home after a routine sexual violation. It is reprehensible to adduce any escape route for rapists. More insensitively unguarded is the satanic excuse that mode of dressing could make a lady susceptible to rape. Making such comment is akin to advertising one as a serial or potential recruit to rape confraternity.

At the risk of sounding pessimistic, this cycle of violence may tarry with us for a long time to come law. This is not unconnected with our legal system that makes it difficult for victims to get justice. There is no time frame for the completion of rape-related cases just like the election petitions in Nigeria. It lingers for God-knows-how-long and when justice finally comes, it comes like a slap on the risk. It does not command the needed fear in the mind of a would-be sexual violator. How many were able to remember the case of Ese Oruru, the Bayelsa teenage girl who was abducted from her home to Kano, raped and later converted to Islam in 2016? It is heart-warming to note that she got justice when the perpetrator, Yunusa was recently handed 14 years imprisonment. Added to this is also the usual template of silence that accompanies each sexual crime. The fear of being blamed and discriminated by a people that ordinarily should he sympathetic to her will have the traumatized victim permanently seal her lips and live with a bruised conscience in lifetime.

Cheeringly, if the Sexual Offenders Register launched in 2019 by the federal government is really what we were told, it will document identified predators and put their names in the dark side of history for a long time to come. Their children’s children will read how their grandfathers went about dispensing anguish and torment with his manhood.

Parents must be watchful of characters they are releasing to the corporate world. Fractured upbringing cannot be totally extricated from the skyrocketing rate of rape everywhere across the country. It takes a man of extremely low moral to contemplate, execute rape and murder. Religious and traditional institutions also have their jobs cut out for them in teaching and admonishing their subjects and members. The Child Rights Act, Violence Against Persons Act and other numerous legal frameworks should be domesticated across the state to provide succour to victims. No thanks to the complacency of security agencies in these entire contraptions. The investigation of sexual exploitation cases are treated with levity.

We cannot continue to fold our arms and watch our daughters, sisters, aunts and friends being vociferously defiled with impunity in a country they call theirs. It is time to activate the full weight of the law against any sexual rascality and untamed libido.