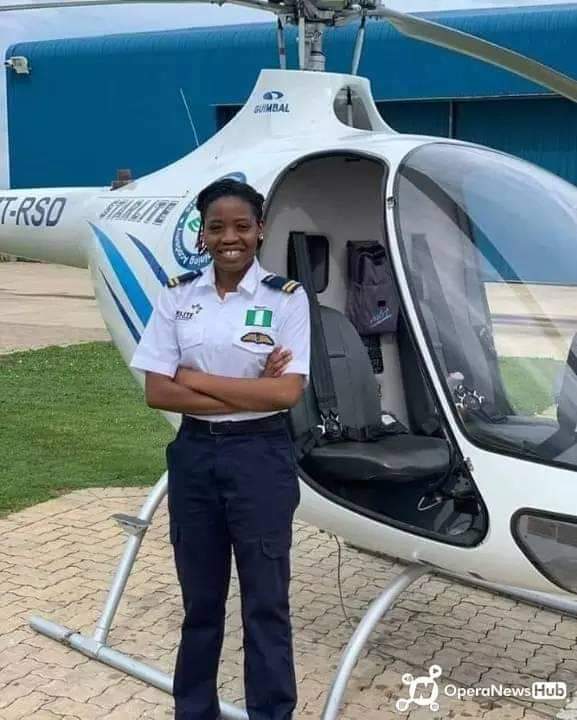 The beautiful and delectable Tolulope Arotile, at 23, she has accomplished a lot to be proud of herself even in death.

Tragically, the Nigerian Air Force (NAF) on Tuesday, 14th July, announced the passing of this brave and gallant fighter.

In a statement released by NAF, Tolulope Arotile was involved in a road accident at NAF base Kaduna, and she subsequently died of the head injury sustained.

Tolulope holds the record as being the first ever Nigerian female combat helicopter pilot.

In this article, we share 23 memorable photos to honour our fallen soldier at 23.

Encomiums, condolences, tributes are all pouring-in to honour this brave warrior. Flying Officer Arotile was commissioned into the Nigerian Air Force in September of 2017, as a member of the Defence Academy Regular Course 64.

According to NAF statement, late Tolulope had a great impact in the Service. The people of Iffe in Ijumu LGA of Kogi State, where she hailed from are proud of her for putting them on the record books in Nigeria’s history.

Flying Officer Arotile in action was admitted in 2012.

On October 15, 2019, late Tolulope Arotile and Kafayat Sanni made history and rewrote history respectively, during their induction ceremony in Abuja.

Air Vice Marshal, SB Abubakar was present at their induction to witness the history making moments under his watch and tutelage.