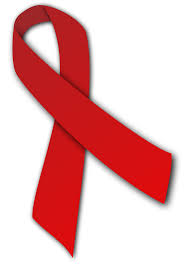 Health workers in Bayelsa State have been advised to strengthen their knowledge on HIV testing services in order to reach out to female sex workers, FSW in their various communities.

Project Leader of the Passion and Concern for Women Welfare Empowerment Initiative, PACCOWWEI, Dr Patrick Ikani gave the advice during a two day step down training held in Yenagoa, the Bayelsa state capital.

Dr Ikani noted that the essence of the training is to equip participants in the eight local government areas of the state with the necessary skills to help discover HIV positive persons and link them up to receive treatment in the medical facilities available in Bayelsa state.

He said the focus of the testing services is on female sex workers as they are more at risk of getting infected and spreading the disease.
He urged all participants to be proactive in the discharge of their duties and ensure that they provide accurate data on HIV prevalence among female sex workers as Bayelsa state still has a high percentage of people living with the virus.

However, he warned them not to be dubious in the collation of data as this could lead to false information on the HIV status of Bayelsa which would be used in Nigeria and for other international record purposes.

Also speaking, Senior Program Office, Mrs. Honeywell Ifiemeze called on Bayelsans not to discriminate and intimidate female sex workers due to their life style as they are also humans with fundamental rights of living and expression.

Some participants at the training expressed gratitude to PACCOWWEI, for the enlightenment on HIV/AIDS adding that they would ensure that they do their best to provide the data needed for the success of the project in Bayelsa state.

This training program is a project of an NGO partnering other stakeholders in the health sector such as BYSACA and it is being run simultaneously in Bayelsa and Niger state.