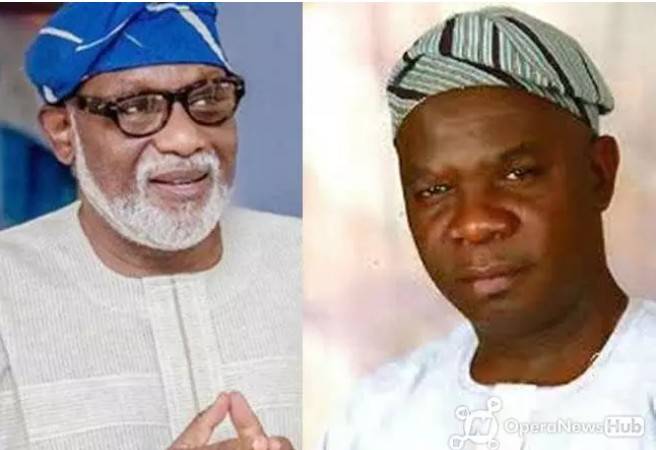 His resignation came a few hours after he was restrained from going out of his office at the Government House in Akure.

Sources close to the government house said some armed officers led by Ondo State Commissioner for Police, Bolaji Salami, detained the deputy governor for more than four hours on the order of the State Governor, Rotimi Akeredolu.

The reason for the drama was because Ajayi is also planning to contest as Governor of Ondo State in the forth-coming gubernatorial elections later in the year.

This is part of plans by the governor to frustrate the ambition of Agboola Ajayi from contesting the election.

Shortly after he resigned from the APC, the deputy governor pick up the membership card of the People’s Democratic Party (PDP) at the party secretariat in his ward.

He is expected to also purchase the nomination form for the Governorship seat from the PDP.

This was also gathered that seven members of the state house of assembly are also planning to dump APC.

The suspension of Oshiomhole as the National Chairman of the party is also connected to the rift between him and Obaseki.

APC is currently battling with different crises threatening its existence.

Many Nigerians have reacted to the resignation of Ondo State Deputy Governor from APC a few days after Obaseki also dump the party.

They believed that the 7 years political association is coming to an end soon.