Oprah Winfrey took to her Facebook page to thank fans and supports after her massive fall on stage at her Weight Watchers event saying it did a number on her knee and ankle!

The 66-year-old made headlines on Saturday, February 29, when she took a big tumble during her time on stage at her WW Presents: Oprah’s 2020 Vision: Your Life in Focus event at The Forum in Inglewood, California. “Oprah was walking around on the stage and talking, giving words of wisdom to the crowd,” an eyewitness dished to HollywoodLife EXCLUSIVELY about the incident.

“All of a sudden, she stumbled back, teetered on her heels and then fell right on to the ground, on her butt.” The talk show icon later revealed the amount of pain she was truly in from her fall while sharing an Instagram video of her interacting with her special guest Jennifer Lopez, 50, backstage at the event.

“Thank you to the astoundingly age-defiant Jennifer Lopez who came to the show in this yellow stunner and gave new meaning to the word 50,” she wrote before opening up about her much-talked about tumble. “LA: You were lit! In spite of my fall (which now becomes a meme), you brought me UP with your energy. Now I’m headed home to ice my knee and ankle.”

Fans were quick to post supportive comments for Oprah, with one writing, “Glad you’re not seriously injured and hopefully you won’t be too sore tomorrow.” Others tried to lift her spirits by brining up how icons like J. Lo and Beyonce, 38, have fallen on stage as well.

Oprah also had support from her longtime partner Stedman Graham, 68, who was spotted rushing to the stage to help his ladylove after her fall. He was in the VIP section of the event next to her BFF Gayle King, 65, and Meghan Markle‘s mother Doria Ragland, 63, before he attempted to help her out. Luckily she was already back on her feet before that happened and continued on with the show sans any kind of footwear.

Oprah has had a slew of celebs on her tour outside of the “All I Have” singer over the past month including Lady Gaga, 33, who just dropped her new song, “Stupid Love” on Friday, February 28. The Oscar winner chatted while there about how she and Bradley Cooper, 45, “fooled everybody” about all those rumors that they had a romance going on while filming A Star is Born. 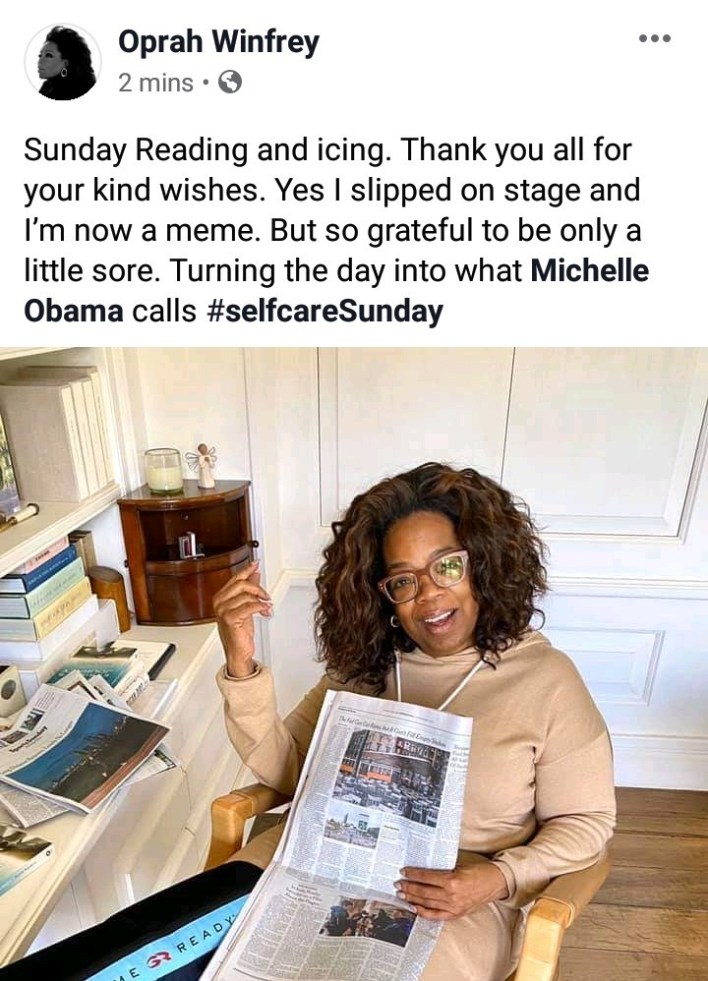 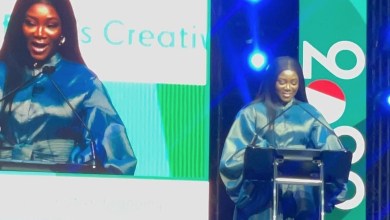