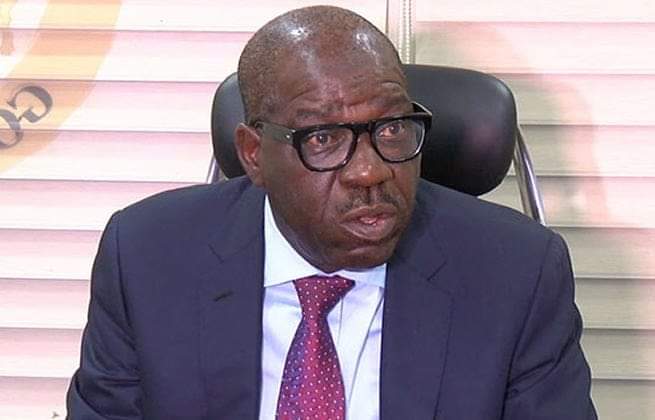 The African Democratic Congress (ADC) has raised the alarm over the report that Edo State government plans to renovate the Independent National Electoral Commission (INEC) office building in Benin City.

In a statement issued and signed by the Head, Media and Publicity, ADC National Strategy Committee For Edo State Governorship Elections, Mabel Akomu Oboh, the party said that it’s an aberration for Governor Godwin Obaseki to get himself involved with INEC in such a manner less than five months to the gubernatorial election in the state.

According to the ADC spokesperson, “the whole idea of Edo State governor getting himself involved with INEC, by way of renovating or constructing its office building in the state, is not only an aberration but also extremely suspicious and must be stopped immediately.

“INEC is an independent electoral body that can fund its needs. Governor Godwin Obaseki should concentrate on dealing with the alarming hunger, poverty and lack of infrastructure being faced by the citizens of Edo State. The Edo people can no longer tolerate a government that resorts to bribery and corruption in order to get a second term in office. An investigation into this move is urgently needed in order to ensure that INEC will not be compromised but allowed to conduct a free and fair gubernatorial election in the state come September.”

Recall that Edo State government, through the Ministry of Physical Planning and Urban Development, advertised a tender for the contract in the Vanguard newspapers of Monday, April 27, 2020.

Governor Obaseki of the All Progressives Congress (APC) is a major contender in the gubernatorial election that will be conducted by INEC in September.