Port Harcourt Get Ready:
TROI Opens its Branch in Your City 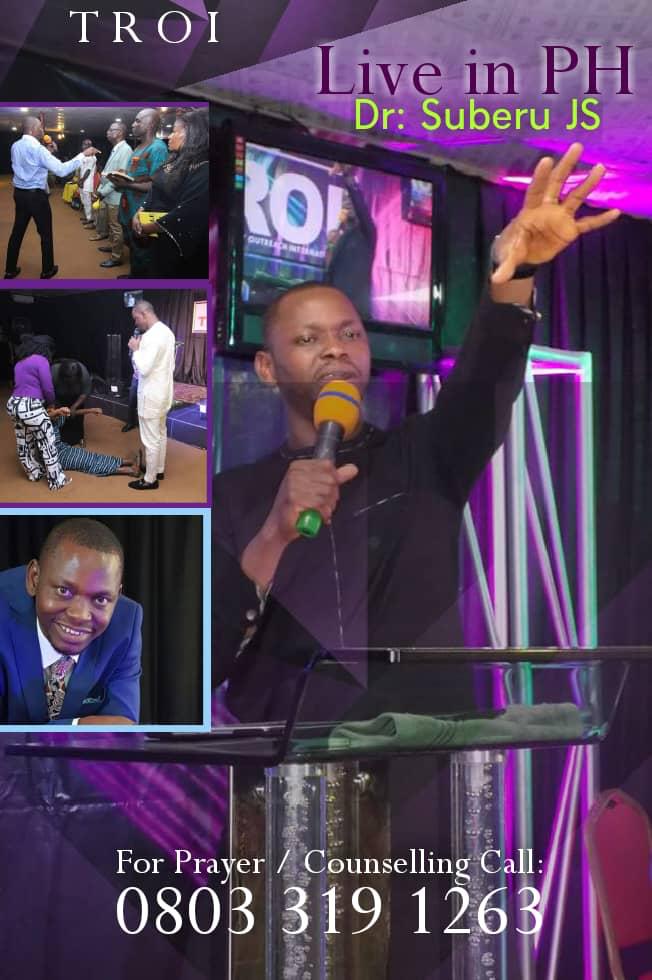 Port Harcourt City is ready to join Touch for Recovery Outreach International, TROI’s family as the Ministry begins a two-night of Prophetic and Deliverance Service in Port Harcourt as part of activity to kick off the branch.

Touch for Recovery Outreach International,TROI will open its branch in Port Harcourt, capital of Rivers State where the man of God, Dr. Yusuf JS will be ministering on Friday and Sunday evening from 5pm to 7pm.

According to the host, Dr. Yusuf JS, the services promises to be soul lifting with song ministration, prayers and preaching of the word that will bring deliverance and salvation.

He said there will be prophetic declaration under the leading of the Holy Spirit that will transform lives and destinies that have battered either through foundational curses or mistakes.

TROI is a global ministry focused on hosting prophetic and deliverance services to set the captive and oppressed free. The Port Harcourt church is an extension of the ministry to reach out to members in the South-South.

So, if you are in Port Harcourt or any of the South-South states from Benin to Calabar, you can join Dr. Yusuf JS, your host at the TROI auditorium, Rumuanya Farm Road, Elder Patrick Ajoku Street, Port Harcourt, Rivers State.