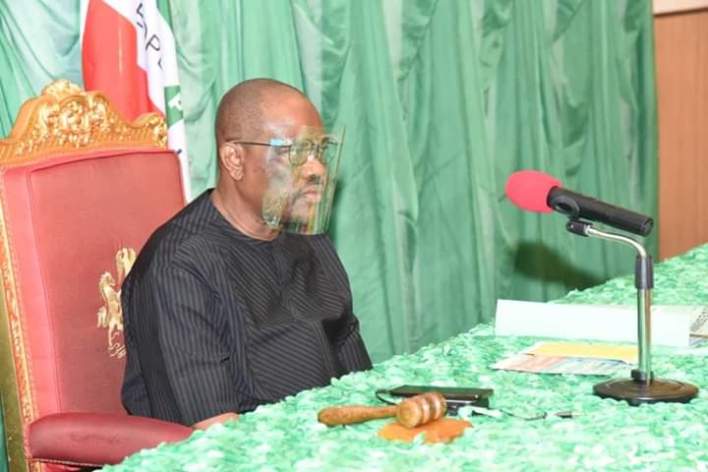 Rivers State Executive Council has approved the construction of a five hundred and five meters long flyover at  GRA Junction along the Port Harcourt Aba Expressway.

The Wednesday, June 24, 2020 meeting that held at Government House, Port Harcourt was presided over by Governor Nyesom Ezenwo Wike.

He said Council considered the Rumuola flyover not more fitting for the city and approved its expansion to become four lanes to ease vehicular movement and boost economic activities.

According to him, to ensure that motorists do not suffer untold hardship during the road constructions, the state government will create alternative routes.

Also speaking, the Commissioner for Information and Communications, Pastor Paulinus Nsirim announced Council’s approval of guidelines for marriages during the Covid-19 period.

He said prospective couples would be required to apply to the State Governor through the Commissioner for Social Welfare and Rehabilitation.

Such applications, he said, must be accompanied with information on the venue of the ceremony, names, addresses and phones numbers of attendees to make contact tracing easy if the need arises.

He stated that henceforth, those seeking to bury their loved ones would also be expected to include names, addresses and phone numbers of those to attend such funerals in their applications.

Pastor Nsirim said government would not grant approval to any application without names, addresses and phone numbers.

The Information Commissioner said marriages would not have more than 50 attendees including family members who must wear face masks and adhere strictly to social distancing of not less than two meters.

The Commissioner said venues of marriages must have provisions for running water and soap at three points and the venue decontaminated after the event.

Pastor Nsirim said after wedding receptions are prohibited under the guidelines to reduce the risk of community transmission of COVID-19.

He added that violators of the guidelines would be made to pay a fine of 10 million Naira.