THE TRUE STORY ABOUT FAKE IJAW CANNIBALISM: THE POWER OF MEDIA IN OUR CONTEMPORARY SOCIETY 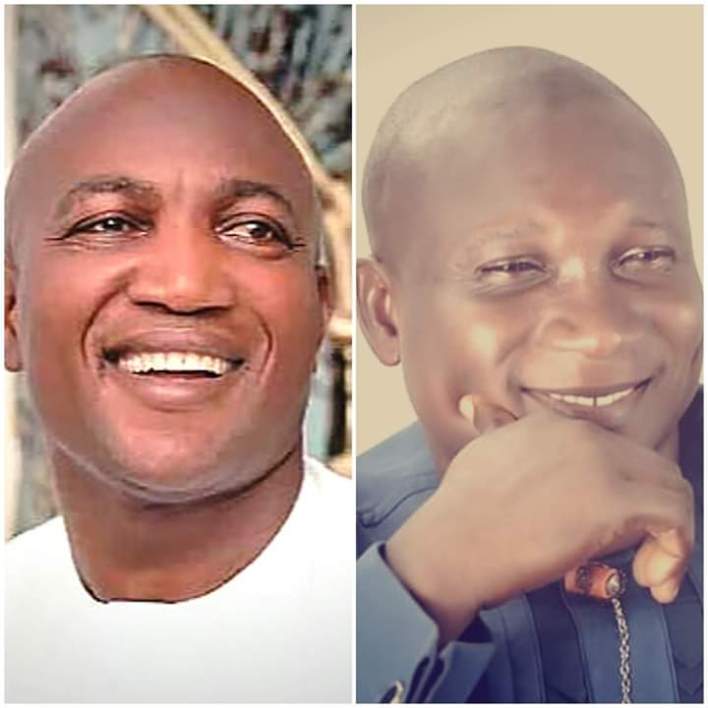 It is on good record that Ijaws are among the first Africans that had encounter with the European explorers, merchants and imperialists. Early record of such encounters date back to the 13th century.

In the 13th century up to the early 18th century or thereabout, there were no roads, bridges and rail lines in most parts of Africa, Nigeria inclusive.

Thus, the major means of transportation was through ferries, vessels and boats. Early European adventurers, explorers and imperialists came to Africa and the area now called Nigeria through rivers, oceans and seas and it is general knowledge that Ijaws lived along the coastal way.

On arrival and when the Europeans saw the abundant rich natural resources: palm oil, timber, local gin, sands and others they decided to establish trade relationships and partnerships with our great people which lasted for decades before the advent of the slave trade era which was necessitated by the high demand for menial labour before the European Industrial Revolution in the 19th century.

It is also on good record that Ijaws were the real slave dealers. Our people went to buy slaves at the hinterlands which they in turn sold to the rich European slave merchants. King Jaja of Opobo was one of such slaves.

THE CONCOCTED STORY OF IJAW BARBARISM AND CANNIBALISM

Despite our wealth from our enormous natural resources and other prowess, there were areas our people never explored which was proper information dissemination especially during the advent of modern media. Our brothers mainly from the present day South West and South East discovered the importance of media and maximized it to our detriment.

After the formal amalgamation of the Northern and Southern Protectorates in 1914, the highest natural resources that were used to run the country were gotten from the Niger Delta and mainly from Ijaw territory even before the discovery of crude oil and gas.

In order to cover up the exploration and exploitation, the criminal minded colonial administrators did a media hype that portrayed our people as cannibals who lived on top of mangroves and fed on human flesh. They deliberately did the above in order to turn the attention of the rest of the world away from the misguided, wicked, senseless, unregulated exploration and exploitation of our abundant natural resources.

The negative media propaganda die a lot of damage against our great people and even those who have been to the Niger Delta deliberately and knowingly believe and subscribe to it. It is common knowledge that a lie told and retold several times become truth.

Most of the big media houses are owned by our other brothers from South West, South East and North who have continued to consciously used the media to paint Ijaw people in bad light.

It is a deliberate strategy to pitch us against our sympathizers, friends and the rest of the world who are made to see our great people as violent and unproductive people.

The above is a deliberate ploy to distract the attention of the international community from the ongoing economic and environmental genocide that is going on in the Niger Delta and Ijaw territory in particular and the total neglect and gross underdevelopment of the area despite the enormous crude oil and gas from the regions that is used to feed the whole country while our people are given crumbs and peanuts to survive within the period the mindless exploration and exploitation shall last.

For decades America has continually used media propaganda to manipulate the world. One of such renowned media organisation is CNN. China paid researchers to research on the secrets behind the power, greatness, prosperity and dominance of America and they realized that one of the greatest secret is the positive use of the media.

So based on the above, China too went and established the China Global Television Network (GLTN) which they air free of charge even when CNN and others are not free. The clear mission, objective and assignment of GLTN is to launder the hitherto battered image of China and also market her positively to the world.

Today, we do not need to debate about the obvious success story of China in project and projecting her image globally. It’s successes are so obvious that millions of people travel from all over the world to China annually for businesses and tourism. It is such that even those who have not had the opportunity to visit China are so desirous.

THE NEED FOR THE INCOMING DAVID LYON ADMINISTRATION TO BUILD A STRONG MEDIA TEAM FOR VALUE, CULTURAL REORIENTATION AND WIDE EDUCATION AND ENLIGHTENMENT

Other Nigerians cannot build Bayelsa State more than Bayelsa. I will therefore advice the incoming administration to assemble a powerful local media team to lead a strong value and cultural reorientation. A people cannot grow beyond their mindsets. The local media need to be used to hype the power of positive thinking.

Outgoing Gov. Dickson and Douye Diri imported their media team during the November 16th, 2019 Bayelsa State Governorship election, while APC assembled and used a local, homegrown media team that was poorly funded yet defeated the adequately funded imported media team. The difference was the issue of commitment and conviction (CC). While the latter like paid soldiers were interested in their pay, the former had conviction and strong determination to change the ugly narrative and status quo.

Adolf Hitler used the media to mobilize Germans to change their hitherto unproductive and total dependence on imported foreign goods and services. The success of the media campaign led to the 19th century industrial revolution that put Germany on the world Map as the then most powerful and industrialized nation.

Bayelsans are not lazy and unproductive, rather every Bayelsan has something good to offer for the betterment and greatness of our state which is the Headquarters and Jerusalem of the Ijaw nation. All we need is to begin to sing a new song in place of the epic and dirge which our antagonists have deliberately taught us to sing.

If the incoming government engages some of us, we will be able to change the media narrative and also put Bayelsa State on the World Map and I can assure that over time, we shall be exporting our abundant Intellectual Resources to most parts of the world and in turn get Millions of Dollars and other hard currencies which our Intellectuals shall repatriate back home to their families and loved ones.

We should always bear in mind that IDEA RULE THE WORLD and everything we are enjoying today as fallout of scientific and technological advancements are byproducts of ideas and knowledge.

Mirror and Conscience of Society.