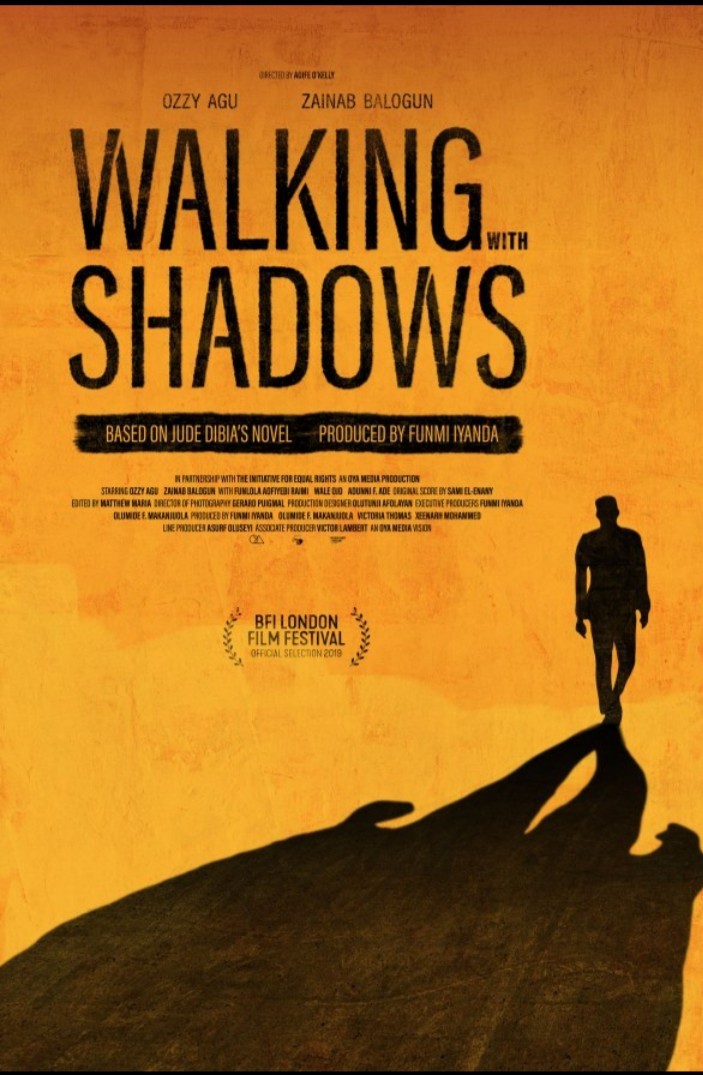 The movie Walking With Shadows is an adaptation of Jude Dibia’s novel of same name, it was produced by Funmi Iyanda, a journalist and now filmmaker with Ozzy Agu and Zainab Balogun starring in it. Enjoy the review as told by Dim Oba.

The movie narrates the life of Adrian Njoko (Ozzy Agu), a loving father, husband and career man, whose life is turned upside down by a revelation from his past. Our protagonist is a good man – this much is clear. Yes, he had a past life as a gay man with a tragic ending, but he met a woman who gave him a new zeal on life – one that he embraced wholeheartedly, leaving said past buried. This direction of the story feels rather idealistic for Adrian, as he successfully leaves ‘his past’ behind and forges a good family life with his wife and daughter; never straying from his matrimonial home. This alone makes the film feel more like a case study than a possibility; it also portrays sexuality as something one can decide to be or not be – as Adrian has left that phase of his life to focus on life with his wife Amaka (played by Zainab Balogun).

In Nigeria, there are no ideal options for same sex couples. Men in Adrian’s situation in Nigeria have very limited options – leave the country, remain single with your dalliances on the low (also acknowledging the fact that your singleness will be a topic of conversation forever), or succumb to the pressure for heterosexual marriage. The question though is, ‘how many of the people who take the third option can muster the restraint Adrian exemplified by not once stepping out on his wife?’ (even heterosexual Nigerian men seem unable to.)

The film, adapted from Jude Dibia’s book of the same title, carefully unfolds its narrative with a strong focus on its actors’ performances; taking us on a journey from the revelation that shatters Adrian’s picture-perfect existence to the effect this has on him and his loved ones, while using throwbacks to provide context. This seems deliberate to allow the audience to feel the gravity of what is going on. This is not just the story of an outed gay man; it is the story of a man who is facing dire consequences for just plain prejudice. Apart from the lack of full disclosure to his wife, Adrian has not done anything in the present to warrant what is happening to him.

But the reality is that many in present day Nigeria won’t see it that way. Adrian has committed the biggest crime a Nigerian man can; he is/was gay. So really and truly, can we say that Nigeria is ready for this conversation? I think not. At least for years to come.

Regardless, the cast and crew led by Ozzy Agu’s electrifying performance have created a piece of cinema worthy of praise, and one day, Walking With Shadows may be touted as a revolutionary piece of Nigerian Cinema.