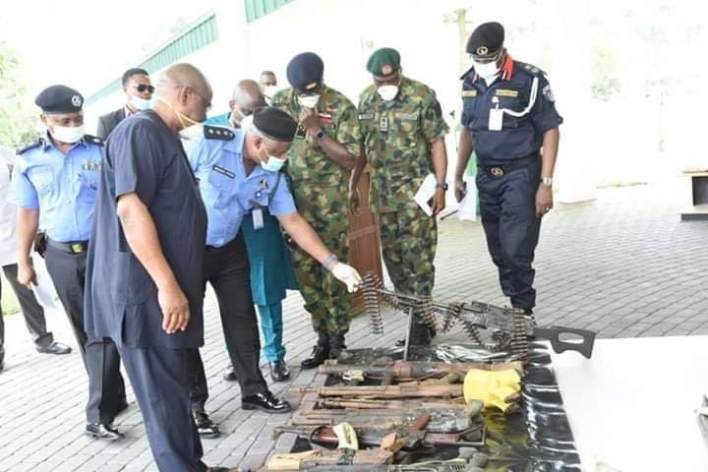 Rivers State Governor, Nyesom Ezenwo Wike has declared that his administration will continue to work towards keeping Rivers safe in line with his constitutional responsibility of protecting everyone living in the state.

In statement signed by Simeon Nwakaudu,
Special Assistant to the Rivers State Governor, Electronic Media said the governor speaking at the Government House, Port Harcourt during the presentation of the recent achievements of Operation Sting by the State Commissioner of Police, Mustapha Dandaura on Monday, Governor Wike commended security agencies in the State for working with the State Government to check the activities of criminals.

The Rivers State governor: “I have made a vow that Rivers State must be safe. It is a duty that we are committed to carry out. We have no excuses to give. ”

Governor Wike said that as the State Government fights to protect Rivers people from coronavirus, it will not relent in ensuring the security of lives and property.

He urged the media to also focus on the successes of the State Security Council in the area of securing lives in the state. He said that bursting the Kidnap syndicate is a major achievement by Operation Sting.

He said: “Coronavirus is a serious war. Then add this to the fight against insecurity and you understand that it is not easy for us. But we shall continue to work for the security and safety of our people.

Governor Wike said that the weapons recovered by the police during their operation can dislodge Port Harcourt City. He wondered what the criminals were doing with sub machine gun and rocket grenade launchers.

He said that operatives of Operation Sting were on the heels of a notorious Isiokpo Kidnapper, who will soon be apprehended and prosecuted.

“We give God the glory for keeping us safe in Rivers State even as we battle this coronavirus pandemic. Rivers State Government is working to keep our people safe, yet some criminals want to make the State insecure,” he said.

Earlier, the Commissioner of Police, Mustapha Dandaura commended the Rivers State Governor for his logistical support that has energised the security outfit to achieve notable success.

He said that the Operation Sting initiated by Governor Wike has sanitised the hitherto troublesome East West Road, the Elele-Owerri Road and the Ogoni axis of the East West Road, making the state safer for residents and visitors.

The Commissioner of Police assured that the security agencies will continue to work hard to protect lives and property in the state.

Dandaura said that the State Police Command recovered the arms from Ogu/Bolo Local Government Area, following credible intelligence. He said that the Kidnap syndicate hid the arms underground in the forest.

The Police recovered the following arms at the forest of Ogu/Bolo LGA:

Highpoint of the occasion was the inspection of the recovered arms by Governor Wike and the Service Commanders.