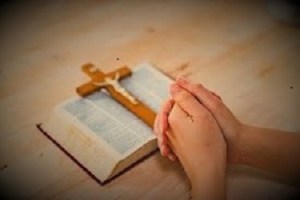 PREVIOUSLY ON CATHOLIC DAILY MASS READINGS AND PRAYERS FOR THE DAY

Hail, holy Queen, Mother of mercy, hail, our life, our sweetness and our hope. To thee do we cry, poor banished children of Eve: to thee do we send up our sighs, mourning and weeping in this vale of tears. Turn then, most gracious Advocate, thine eyes of mercy toward us, and after this our exile, show unto us the blessed fruit of thy womb, Jesus, O merciful, O loving, O sweet Virgin Mary! Amen.

Thank you for reading today’s Catholic Daily Mass Readings and Prayers Saturday 18 June 2022 || St. Gregory Barbarigo.  Say The Gloria, and share with a friend, God loves and cares for us!