With the issuance of the Certificate of Return, Senator Douye Diri is set to be sworn-in as the duly elected governor and his running mate Senator Lawrence Erhujakwor in a low key ceremony at the government.

Speaking to newsmen shortly after receiving the certificate, Senator Diri described the victory for Bayelsans and promise to work for the betterment of the state.

Earlier the INEC Chairman, Prof. Yakubu said the Commission has received the court order and in compliance with the Section 75 of the Electoral act Senator Douye Diri, having received the highest number of vote cast is declared winner.

Stating that the certificate of return will be presented to Governor and Deputy Governor elect immediately as ordered by the supreme court bearing in mind the tenure of the sitting governor, Henry Seriake expires today.

Before issuing the certificate, Senator Douye who arrived earlier was told to go and return by 12 noon for the official ceremony to take.

After receiving the certificate, the Governor-Elect and his running mate left to the PDP Secretariat to meet with the national Chairman of his party, PDP before taking off to airport for his swearing-in in Yenagoa.

See details of the INEC Chairman’s statement while addressing newsmen in Abuja. 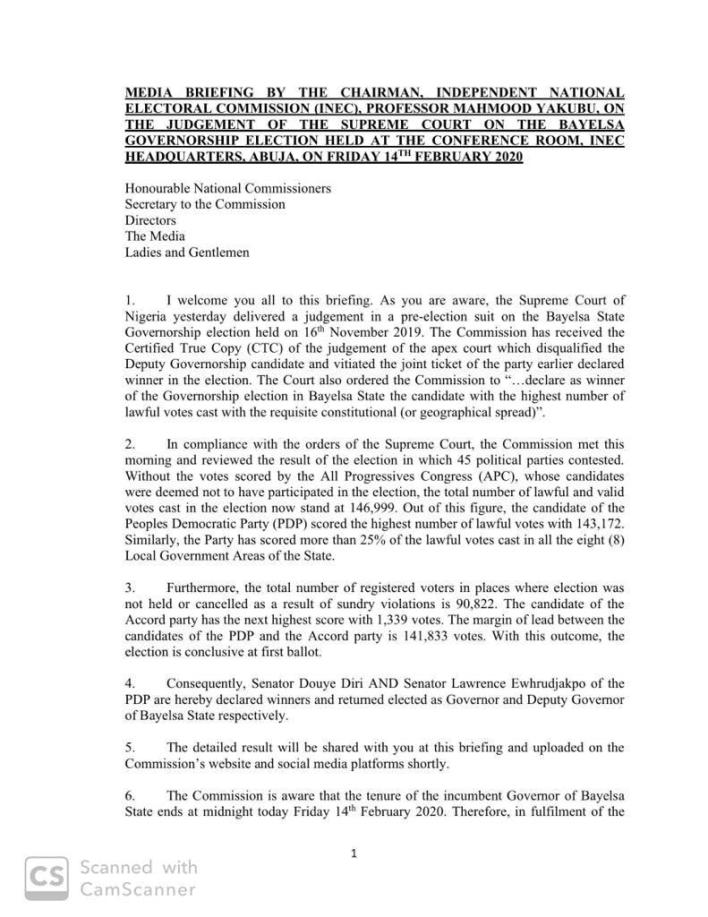 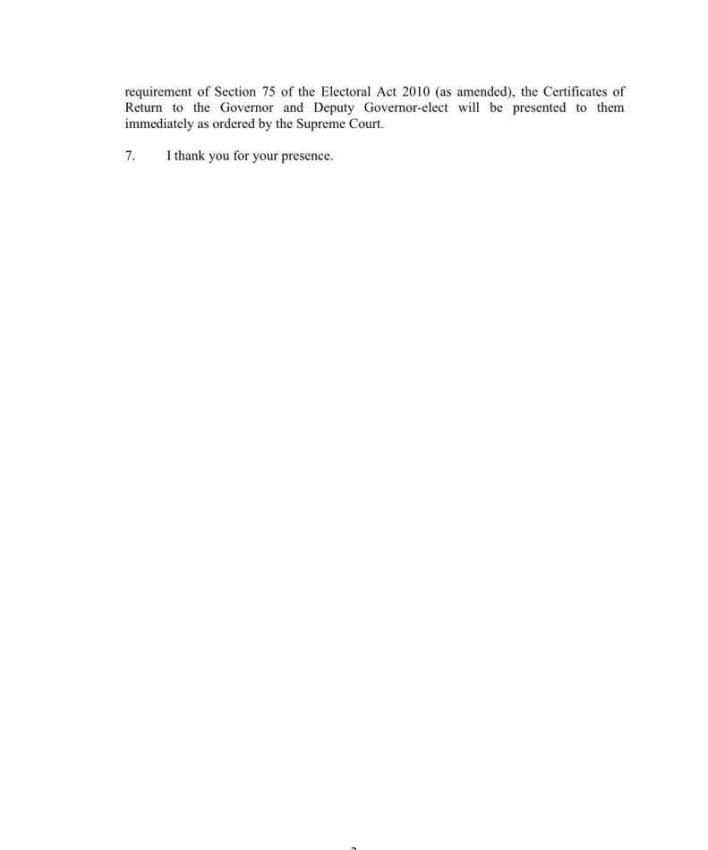