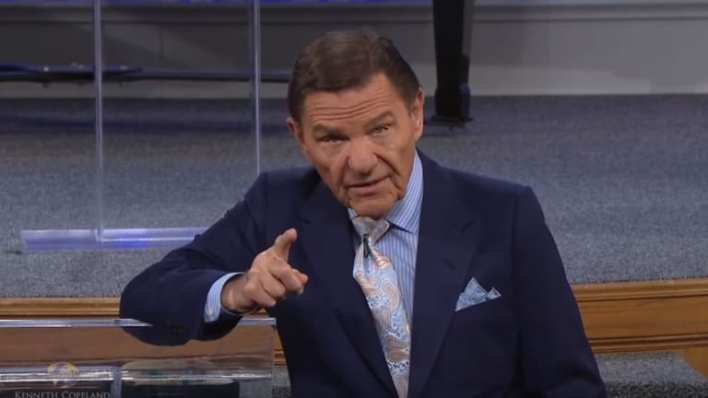 There is that scattereth, and yet increaseth; and there is that withholdeth more than is meet, but it tendeth to poverty. Proverbs 11:24

When money gets tight, it’s always a temptation to cut down on your giving. After all, it seems like the logical thing to do. Don’t do it! You’ll end up cutting off the flow of God’s financial blessings just when you need them most.

I faced that kind of situation just a few years ago. This ministry had fallen behind financially—$1 million to be exact. Gloria and I had been living by faith for 20 years at that time. We knew firsthand that God would meet our needs—”according to his riches in glory by Christ Jesus” (Philippians 4:19). We’d seen God prove that over and over again, not only in our personal lives but in the life of our ministry as well.

Yet this particular time, all the prayers and the faith that had brought us victory before just didn’t seem to get the job done. In fact, as time went on, the situation grew worse instead of better.

By the end of the year our deficit had grown to be $1 million.

Frustrated and weary, I finally went to God one day and laid the situation out before Him. “Lord,” I said, “You see the condition of this ministry. I need $1 million just to break even.”

I could hardly believe it. How could He possibly be telling me that I didn’t need $1 million? Hadn’t He looked at the books? Hadn’t He talked to my accountant? I was stumped. All I could figure was that I’d misunderstood something. So I went through it all again.

Despite my initial confusion, as I kept asking and listening, I began to understand what the Lord was telling me. He was saying that the red ink on the books wasn’t the only thing wrong. There was a bigger problem behind it.

Then He showed me what I needed to do was to start giving 10 percent of the ministry’s income into ministering to the poor.

To the natural mind that looked like no solution at all. How do you solve a deficit by giving away what money you’ve got? But when I applied that solution, the $1 million deficit began to disappear.

Remember that next time the devil tries to put the squeeze on you. Break his hold on your finances by giving more instead of less. It won’t be long until the prosperity of God is poured out on you!

Thank you for reading today’s Kenneth Copeland Devotional 20 July 2022 Titled Give More-Not Less.  Share with a friend, God loves and cares for us!