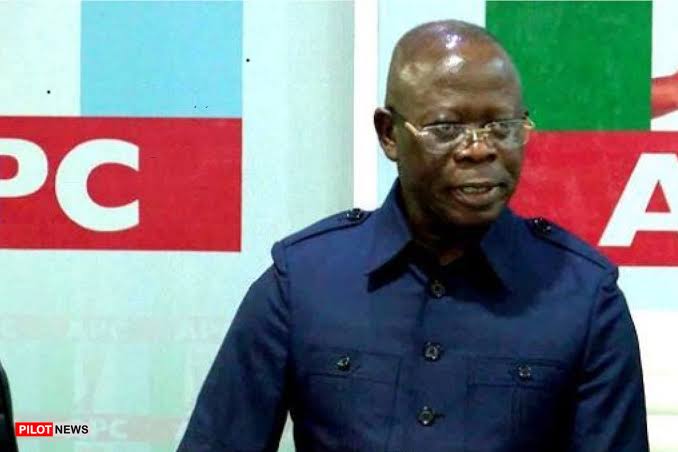 The suspended National Chairman of the All Progressives Congress (APC), Mr Adams Oshiomhole, says he has accepted the court’s verdict which upheld his suspension but his next move will not be discussed on national television.

Speaking during an interview on Channels Television’s Politics Today on Wednesday, Oshiomhole noted that his next line of action will be determined by his lawyers based on legal advice.

“We thank their lordships, they have given their judgement. In our democracy, the court is an independent arm of government.

“When they hand that judgment, it is not for you to pick whether you will obey or not. I accept their judgement in good fate.

When asked if he would instruct his lawyers to appeal the ruling of the Appellate Court on his suspension, the embattled APC chief neither confirmed nor opposed the question.

Rather, he insisted that his next move would not be discussed on national television.

He said: “What I do next would be based on my legal advice and my lawyers will act on that. I don’t think I need to communicate that through the television. It’s a relationship between a lawyer and his client. And I think we should leave it at that.”

Reacting to the decision of the party’s National Working Committee (NWC) to disqualify Governor Godwin Obaseki of Edo State from participating in APC primary election on June 22, Oshiomhole noted that there is no going back on the decision.

While pleading for peace among members, he advised the APC’s Secretary, Victor Giadom, against parading himself as the acting National Chairman of the party.

Oshiomhole’s comments come 24 hours after the Court of Appeal sitting in Abuja affirmed his suspension as a member and National Chairman of the ruling party.

Ruling on the interlocutory appeal filed by Comrade Oshiomhole, the appellate court upheld the decision of the Federal Capital Territory High Court delivered by Justice Danlami Senchi which in March ordered the suspension of Oshiomhole as well as restraining him from parading himself as the National Chairman of the party.

In a unanimous judgement in the first appeal delivered by Justice Eunice Onyemanam, the court held that the FCT High Court had territorial jurisdiction to have entertained the suit as it did.

The court also withdrew his rights and privileges as National Chairman of the party including his security details.